In a statement which Sani Usman, army spokesman, issued on his behalf, Buratai directed Ibrahim Attahiru, theatre commander of operation Lafiya Dole, to use all arsenal at his disposal to find Shekau.

That ultimatum has elapsed while Shekau is nowhere to be found.

Instead of a celebration of victory on the arrest of the most wanted man in Nigeria, what followed the ultimatum were series of suicide attacks and bombings in the north-eastern region of the country. 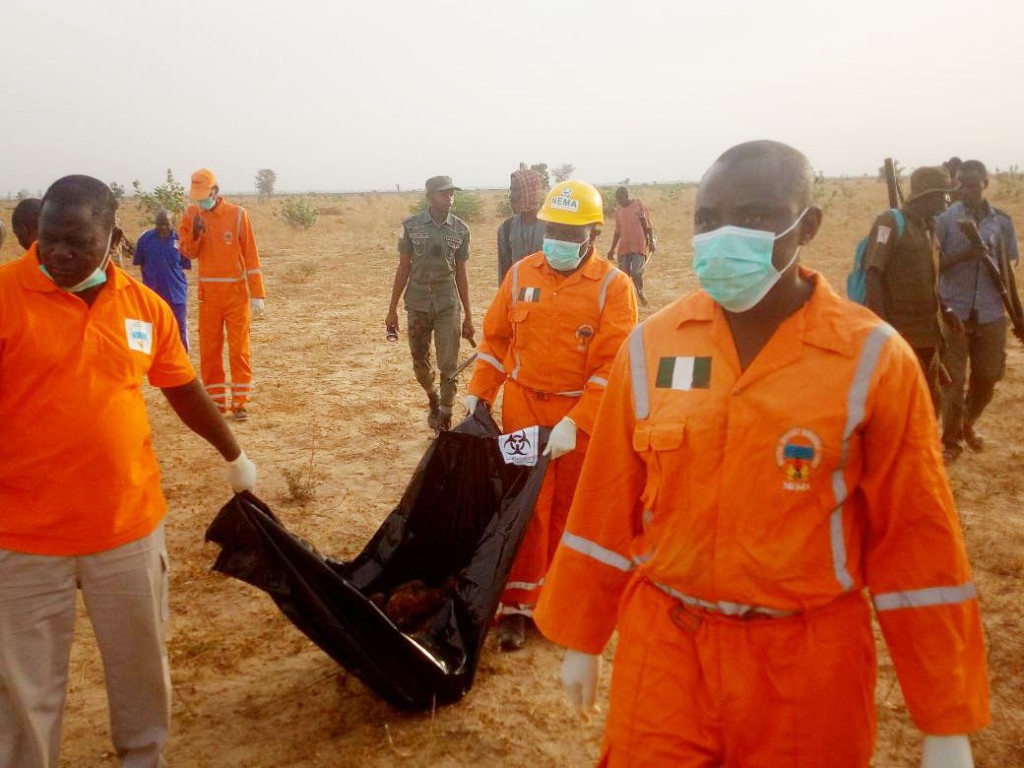 Rescue officials at the scene of a suicide attack

Less than one month – August 15 to be precise – after Buratai gave his order, Shekau warned residents of Maiduguri that they were not safe.

He threatened to carry out fresh attacks, which his group eventually did. Over the stretch of the ultimatum, at least 20 attacks were carried out by the sect.

Before Buratai’s directive, the army had on several occasions claimed that it had killed Shekau, but each time it pronounces him dead, the militant resurfaces in audio or video messages to not only debunk such claims but taunt the military.

In one of the videos, Shekau boasted saying: “Nothing will kill me until my days are over… I’m still alive. Some people asked you if Shekau has two souls. No, I have one soul, by Allah. It is propaganda that is prevalent. I have one soul. I’m an Islamic student. I’m the Islamic student whose seminary you burnt… I’m not dead.”

After suffering strings of embarrassment from the insurgent, Lucky Irabor, former theatre commander of operation Lafiya Dole, said if he knew Shekau’s whereabouts, he would find him and “grab his balls”.

Irabor made the controversial remark three months after he had claimed that the military had killed the individual originally identified as Shekau, as well as his impostor.

He described as “a façade” videos of Shekau released by Boko Haram.

“They released videos to prove that they are still active, but that’s just a facade.”

Lai Mohammed, minister of information, also weighed in on the issue of the militant’s death, saying the name Shekau may be fake, and it is possible that if one is killed, a hundred others appear.

John Eneche, defence spokesman, who spoke along this line introduced a new dimension.

He insisted that the military had eliminated Shekau and that there is evidence. Eneche added that in the bid to put Boko Haram in check, security agencies have continued “knocking out any Shekau that comes up”.

“The evidence that we have that any Shekau that ever eliminated has been eliminated is as a result of our after action report. When you attack an area and there were individuals there from your intelligence, surveillance and reconnaissance report, and now you take out that place and there’s nothing left, that is an evidence,” he had said two weeks ago.

“Anything can be uploaded, there is no forensic evidence that can say this. There are many Shekaus, there are various Shekaus, which is my strong belief.

“A Shekau is still alive, people keep posing as Shekaus, but who knows the real Shekau? Only the indigenes and the people that are there, and people like carrying big names, that is why we keep knocking out any Shekau that comes up.”

The army may have to specify the “particular” Shekau it wants and focus its energy on capturing him instead of doing a “blindfold” search.