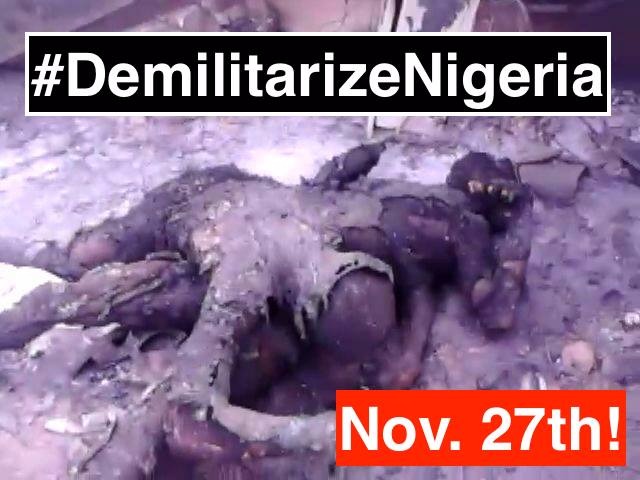 How I was burned, battered and shot by Nigerian Army during Zaria genocide

This is the miraculous survival story of a man who was locked up in a room along with many others and the room set ablaze by Nigerian army. His burning body was battered, then shot!

My name is Mahdi Goronyo, a Nigerian from Sokoto state.

On the 12th of December, 2015 I went to Zaria in the company of many others for the purpose of attending a religious event of flag off of the auspicious ceremony of birthday of the Prophet (S). Before we arrived, soldiers from the Nigerian Army had shot and killed in Hussainiyyah, the venue of the occasion, and maintained a siege. We, like hundreds of others like us, therefore went to the Gyellesu residence of our leader.

We monitored what was happening at Hussainiyyah via calls, SMS, WhatsApp calls, messages and whatever. We prayed for the safety of those trapped in Hussainiyyah, not knowing that our own calamity was just hours away!

The Nigerian military arrived the Gyellesu neighborhood about 10:00PM, and announced their arrival with sounds of gunfire many kilometers away. There were many people, who like me, came to Zaria initially to attend the flag hoisting ceremony, which symbolizes the start of the month in which our Prophet (S) was born. Over two thousand people converged at the residence of Sheikh that eventful night.

Initially as the soldiers shot from afar, corpses and victims were brought to where I was. Soon after, the sounds of gunfire became louder and appeared much closer and more sporadic as the number of victims increased. I wondered how the situation was in about a dozen other places around the Sheikh’s compound where victims were taken to. After a while, I noticed that the number of victims – corpses and wounded – being brought to our location had dwindled significantly as those ferrying them got wounded or killed as well. This situation continued unabated all through the night. A few of us survived till the next day.

In the course of the night, sounds of explosions punctuated the heavy gunfire and the Soldiers had already gained access to the Sheikh’s compound. They had set ablaze many structures in and around. Heaps of corpses littered the compound and there was no escape for us. I was in the company of a few others.

Suddenly, we came face to face with the soldiers. They pushed us into a room and shut the door. They set the room ablaze with us inside. There was intense heat and smoke. Splinters of fire fell on us as the roofing ferociously burned. Soon, my clothing’s were also on fire. I had on me layers of clothing, but all were completely burnt. The pain was excruciating as my skin was being charred. Almost every part of my body was burnt.

When the door of the room burnt and collapsed, opening the room, I noticed that the soldiers kept watch, as if they wanted to be certain that we were all burnt alive. I rushed out to escape the suffocating smoke in the room. On citing me, one of the soldiers barked an order, “Come here!” I replied him, “You too, come here!” He came with so much scorn and vengeance, and used the butt of his gun to continually hit me until I was no longer having any sign of life in me. Soon after, the thick smoke from burning people choked me and I coughed. On hearing the sound of the cough, he returned to me and said, “you are not yet dead?” I replied that my life is not in his father’s hands. On hearing that, he raised his gun and shot me pointblank at a very close range on my stomach. When I came round, I saw myself on the hospital bed.

I don’t know what happened to those I was with. They probably were burnt alive.