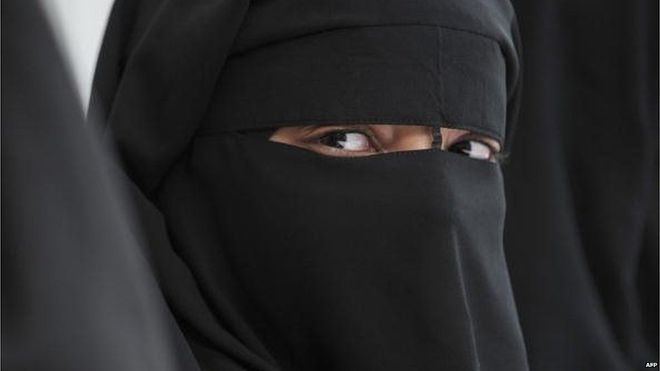 Cameroon has banned the wearing of full-face Islamic veil, including the burka, in the Far North region, following two suicide bomb attacks.

Two women dressed in the religious garments blew themselves up on Sunday in Fotokol, killing 13 people.

The governor of the mainly Muslim region said the measure was to prevent further attacks, Reuters reports.

Both Cameroon and Chad neighbour Nigeria, where the Boko Haram Islamist group has been based – and both have suffered attacks by the insurgents.

In Nigeria, Boko Haram militants have increasingly been using female suicide bombers as they are often able to smuggle bombs into public places without detection.

The governor said that Muslims in the north of Cameroon have also been banned from holding large gatherings without permission as the end of Ramadan nears, the Associated Press news agency reports.

“We are also systematically checking all vehicles, and controlling all luggage and the population should collaborate because there is a serious security threat to our nation,” Governor Midjiyawa Bakari is quoted as saying.

The wearing of the full-face veil has not been banned in Cameroon’s other provinces.