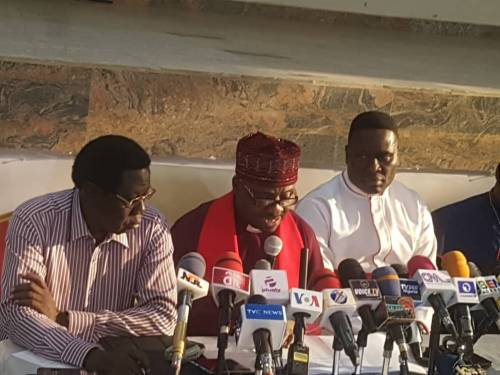 The Christian Association of Nigeria has called on all Christians across the country to embark on a prayer walk to protest the gruesome killing of the CAN Chairman in Michika Local Government Area of Adamawa State, Rev. Lawan Andimi, by Boko Haram terrorists.

CAN President, Dr Samson Ayokunle, disclosed this during a briefing with journalists in Abuja on Thursday.

He noted that the walk was aimed at rendering prayers for the country to overcome the criminals troubling Nigeria.

He said that it would be difficult to believe that the government under the present administration was not colluding with insurgents to exterminate Christians in Nigeria.

He called on President Muhammadu Buhari to overhaul the security apparatus in the country with a view to improving the safety of Nigerians.

He said, “Government should order the arrest of the leadership of the Miyetti Allah for sponsoring and perpetuating crime of Nigeria and prosecute them for all the killings in Southern Kaduna, Benue, Plateau and Taraba states, among others.

“Also, government should publish names of all kingpins of the terrorists in detention and those who are being prosecuted.”