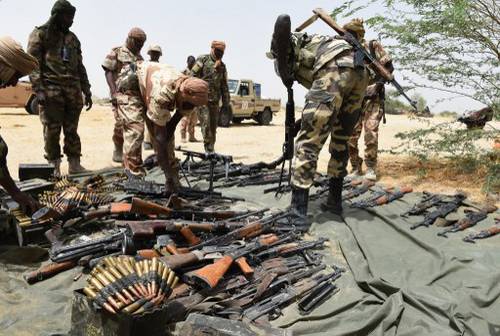 Chad has intercepted a large cache of different types of weapons sent from ISIS affiliate in Libya and going to Boko Haram insurgents in the Lake Chad region.

The weapons were seized two weeks ago, underscoring the increasing ties between  Boko Haram and the Islamic State, which now has a foothold, from its northern base of Sirte,  south of Libya, next door to Chad. Read full AP report in TheNews