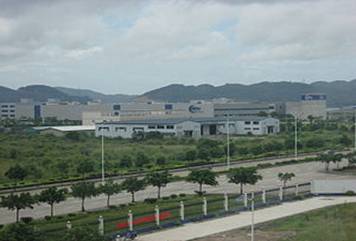 A TRUCK manufacturing plant is in the process of being installed at the Calabar Free Trade Zone, a Chinese

trade delegation said during a visit to Cross Rivers State on Saturday.

A Chinese trade delegation on a visit to Cross River said on Saturday it planned to open a truck manufacturing plant within Calabar Free Trade Zone.

According to the leader of the delegation, Mr. Gui Guangli, the team was in the state to explore areas of investment and decided to go ahead with the establishment of a truck plant. Guangli, who is deputy mayor of Chang Chun City in China said that the company had 11 outlets across the world, including Japan, Germany and the United States.

He said the trucks that would be produced in Calabar would be of high technology and class, adding that the volume of production would be determined by the economic indices of demand.

He said the trade mission would also invest in agriculture and pharmaceutical sectors. According to him, China and Nigeria have an age-long trade relationship and commended Imoke for providing necessary infrastructure for the state’s economic growth. Responding, Imoke commended the mission for the decision to establish the plant in Calabar, adding that it would strengthen and develop the economy of the state.

Imoke said the products of some Chinese firms doing business in the zone were of high quality. According to the governor, Cross River is one of the states with fastest growing economies in Nigeria and its people peaceful and hospitable. He said it was the state’s economic thrust to build a strong system and advised that those who invested in agriculture should plant, harvest and process the produce in the state.

Imoke explained that the state would collaborate with the mission to explore areas with comparative advantage and called for more areas of support and cooperation. According to the governor, Cross River has a vast land mass for agriculture and is partnering with private sector to ensure conducive environment for investment.