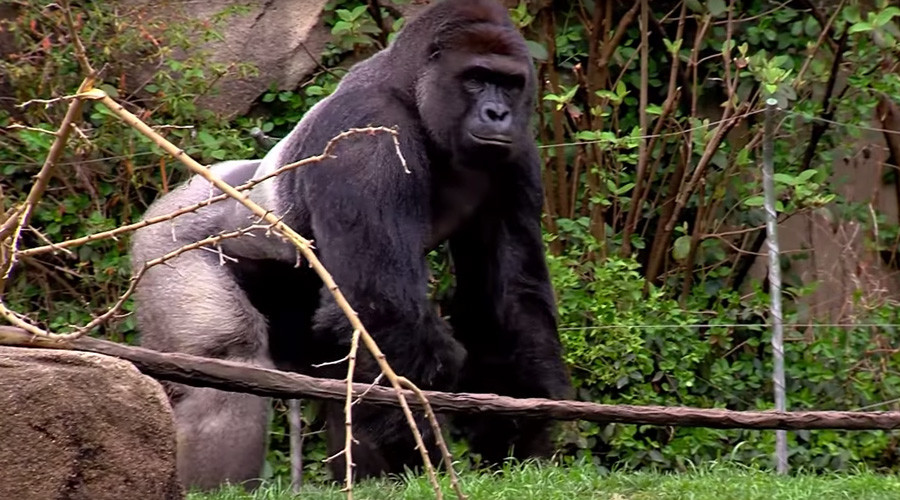 A male gorilla in the Cincinnati Zoo was killed after a 4-year-old boy fell into the exhibit moat. The Red List animal, who turned 17 just a day before, picked the boy up and dragged him before being put down by zoo keepers out of safety concerns.

The incident took place at the Cincinnati Zoo & Botanical Garden on Saturday when the boy climbed through a public barrier at Gorilla World section and fell into the moat, the zoo said in a statement.

There were three gorillas at the area at the time – two females and one male, a western lowland gorilla called Harambe, who had turned 17 only a day earlier. The females were recalled immediately, but Harambe stayed in the yard with the child.

The 181-kg gorilla picked the boy up, as the video showed, and dragged him for at least 10 minutes.

Zoo Director Thane Maynard said the animal didn’t appear to be attacking the boy, but he said it was “an extremely strong”animal in an agitated situation, according to AP reports. Tranquilizing Harambe wouldn’t have knocked him out immediately and the boy might have been in danger, added Maynard.

The Zoo’s Dangerous Animal Response Team “responded to the life-threatening situation and made the difficult decision to dispatch the gorilla,” the zoo said. Read full on RT