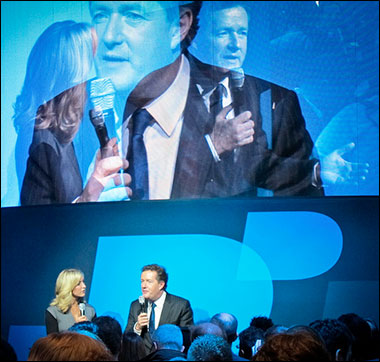 It took the IRS scandal for British anti-Second Amendment advocate Piers Morgan to understand government is the source of tyranny.

Morgan has told Penn Jillette that the IRS targeting of Tea Party and constitutionalist political groups and the Department of Justice’s seizure of AP phone records without a warrant are “vaguely tyrannical.”

They’re more than vaguely tyrannical. Morgan’s admission, though, reveals that there may be hope for the CNN talk show host after all.

His call for the destruction of the cornerstone of the Bill of Rights – the Second Amendment – was so egregious, we demanded he be deported – if only to make a point and draw attention to his subversive activity.

“I’ve had some of the pro-gun lobbyists on here, saying to me, ‘Well, the reason we need to be armed is because of tyranny from our own government,’ and I’ve always laughed at them,” Morgan told Jillette. “I said, ‘Don’t be ridiculous! Your government won’t turn itself on you.”

“But, actually, this is vaguely tyrannical behavior by the American government.”

Unfortunately, it took brazen behavior by the government before Morgan came around. It looks like he still holds out hope that government can be trusted.

As Thomas Jefferson knew through his reading of history, there is but one rule of thumb when considering government.

“Experience hath shewn, that even under the best forms of government those entrusted with power have, in time, and by slow operations, perverted it into tyranny,” Jefferson wrote.