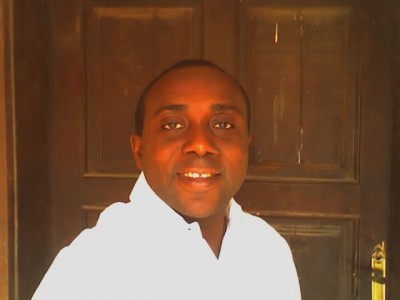 Any true nation-state, worth its name, is ultimately built around some core sacred principles, among which are: the fundamental agreement to coalesce into nationhood, within a defined territorial space of people, who have agreed to form a union of either a unitary or federal state.

As in any arrangement, however, involving a lot of people, a settled guide must exist to arbitrate on what was agreed, who are the parties, where are the boundaries of individual rights, which structures constitute organs of institutional state and upon which values a nation-state stands.

Of course, what is agreed upon is the constitutional document, while the parties are the citizens of a country.  The boundaries of individual rights is encapsulated in the fundamental human rights provisions, and other non justiciable rights principles, while the structures constituting organs of institutional state, represent the legal stipulations empowering the existence of the government itself. It necessarily carries all its arms, organs, and institutions of governance, complete with their byelaw. Once these documents are garnished with the systemic values of a nation, the outcome announces the constitution as the fundamental basic norm of a society.

Usually, that is the originating path for any nation, unfortunately for the colonially-created state like Nigeria, the first principle is either a forced commandment of the British hence citizens are ignorant of what was the agreement creating the state.

Since the Independence Constitution of 1960 is premised on certain basic none-negotiable principles, making Nigeria an indivisible and indissoluble entity, a union of federating regions or states, the concept of federalism has come to represent our innate, fundamental, objective of existence as a nation state, having similar beliefs, cultures and traditions.

To each territorial, jurisdictional, unit are a set of laws, adopted from the primary custom of the areas, formulated into customary laws of the regional state. For the southern part of Nigeria, the customary law and Customary Courts came to guide persons contracting traditional marriages, and this was enshrined into the Matrimonial Causes Act.

For the northern part of Nigeria, the Shari’a Courts came into existence to administer Islamic Personal Law or more appropriately, Islamic family law, which is essentially dealing with issues of marriage, divorce, inheritance and endowment.

The framers of the constitution enacted a stipulation, which has been carried into the current arrangement as the Second Schedule Part 1Item Number 61 of the Constitution of the Federal Republic of Nigeria 1999, as Residual List giving states exclusive jurisdiction on all matters contained therein or in a lay man’s language, it is a constitutional stipulation which forbids the National Assembly from making laws on matters unique to the customary values of the people in both northern and southern Nigeria.

It was a unique arrangement authored by the founding fathers of the nation, specifically, for the likes of Sir, Ahmadu Bello the Sardauna of Sokoto.  For him it was both a battle and a victory to achieve the basic minimum, that rather than have a full implementation of the Shari’a legal system, a Muslim in marriage, divorce, inheritance and endowment at lest had a set of guides which are a non-negotiable minima. of a set of Islamic laws.

But could the attempt at making a constitutional alteration on section 29(4)a & b, dealing with the renunciation of citizenship, not clash with the provisions of the Second Schedule of the 1999 Constitution?

Yet, the controversy was needless in the first palce, because the subsection has always been there, rather, what happened was the attempt to remove Subsection 4(b), prescribing any married woman as of full age, despite the fact that the extant marriage laws had never set a minimum age for marriage in Nigeria.

Some would argue that despite the Second Schedule of the 1999 Constitution, the Child Rights Act was passed by the National Assembly, setting the minimum age of marriage to 18 years as the national average, but the truth is that, as in the United States of America, which has 18 years as a national average, that is not the end but a way station to the terminus in constitutional amendment. Thus, to enforce the law, national law must be domesticated, as more than 30 states in the United States have ages of consent that is less than the national average.

What this means is that, any effort at setting a minimum age for marriage would be constitutional, only in so far as it is undertaken by the Houses of Assembly that the constitution envisages as the custodians of customs for each of the federating states.

Just like any other contract, the parties could then create terms, and agree on them. To my mind,  it is only under such a premise, that the state could congregate a communal Ijtihad, under each distinct State House of Assembly as custodians of custom, to determine whether such a state community desires a minimum age for marriage.