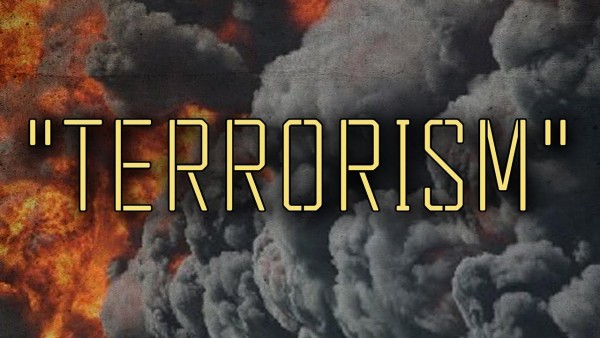 The bloody terrorist attacks targeting European cities, the last of which took place in Brussels in the past few weeks, revealed the fact that the EU has to deal with this danger in a more serious and comprehensive manner than ever before. Many security experts believe that the measures taken by Europe within the scope of the fight against terrorism are still inadequate, as clearly seen in the cases of Paris and Brussels attacks.

With multinational attacks, terrorism today has truly reached a global scale. It now aims for targets on a transnational scale rather than local. It has become glaringly obvious that much more rational and effective solutions should be developed against terrorism, now that conventional measures seem to be inadequate and fruitless.

Intelligence sharing between nations is important. However, despite the intelligence that was passed to Belgium and the official warnings made by Turkey about the terrorists that organized the recent suicide attack in Brussels, the terrorists were released by Belgian authorities before the attack on the rather dubious grounds that they had no links to terrorism.

The German magazine Der Spiegel published an article titled, “Attacks Cast Light on Belgium’s State Crisis,” on its website and related this strange situation as follows:

“But Tuesday’s (March 22) attacks also represent a poor performance on the part of the authorities, especially those in Belgium, a perception that is now beginning to take hold in the country. Two days after the attacks, the interior and justice ministers offered their resignations because warnings issued by Turkey about Ibrahim El Bakraoui, who had been arrested in Gaziantep, had reportedly been ignored. According to Belgian media reports, the prime minister has initially declined to accept the resignations, but there is growing dissatisfaction with the government.”

Although suicide attacks started to be systematically used by terrorist organizations in the 1980s, there has been a noticeable increase in these attacks in the 2000s. According to statistics, a total of 4,814 suicide attacks took place in over 40 countries from 1982 to September 2015.

With a growing trend in 2016, the number of suicide attacks has escalated in the last days of March to an extent that almost every day at least one suicide attack took place. Reports about suicide attacks came from Belgium, Turkey, Iraq, Pakistan, Yemen, Nigeria successively leaving behind hundreds of people brutally murdered and injured and far too many more in shock, horror and panic. The intelligence reports state that the attacks expected to take place in the coming days might be of a more extensive and horrific nature.

As could be seen, as the extent of the massacres carried out in the Islamic world — without making any distinction between civilians and terrorists — increases in the name of the “Fight against Terror,” the ferocity and the dimensions of the terror generated by this violence increases as well. The delusion of the “Fight against Terror,” which is dragging almost the whole world behind it today, has done precious little but promote the ideology of terrorist and extremist groups more than ever in the history of the world. It is not eliminating terrorism; the “Fight against Terrorism” is inadvertently spreading it. The cities and regions destroyed by air operations and military interventions have turned into training centers for all kinds of potential terrorists, human bombs and suicide bombers.

In a region in which poverty, misery and ignorance prevail, with bombs incessantly dropping on top of them, it is the people of those areas who are left burning with desperation, hatred, anger, rage and revenge; they woefully fall into the clutches of radicalism and drift into the swamp of terrorism. Even the most violent, horrible and inhumane acts are presented as favorable acts in the name of religion and Islam to these people under dire situations. Sacred concepts such as martyrdom, superiority in the presence of God and attaining Heaven are presented as the reward for committing mass slaughter without making any distinction between babies, children, elderly or women; these notions are propagated by false scholars advocating a bigoted mindset.

According to the Quran, however, killing oneself or an innocent person is itself a strictly forbidden and cursed act. It is impossible for a conscientious Muslim, aware of this fact, to deviate from the religion by being a suicide attacker.

It is unthinkable that a Muslim, who is informed of the verses that forbid them to kill themselves (4:29), or anyone God has made inviolate (25:68), may ever be involved in a terrorist atrocity knowing that he will be damned forever.

The number of terrorists may be decreased by fives or 10s through weapons, bombs and drone attacks but it is proven by experience that these methods are also instrumental in the appearance of thousands of others and they are increasingly spreading all over the world. In fact, by teaching the true Islam — which is completely against any sort of terrorist acts, murders, massacres, suicide and suicide attacks — correctly to the Islamic world, neither terror nor the radicalism that serves as its foundation would be left behind.

The solution is very clear and obvious. It doesn’t cost billions of U.S. dollars and the loss of lives nor does it create the responsibility of being an accomplice to the murder of millions of innocent people. Right now the whole of humanity is waiting for their leaders who will have this awareness and by exercising their good conscience, will carry out this solution.