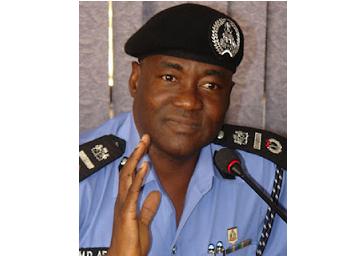 Can a phone line serve the security challenge of over 150 million people?

Many Nigerians have continued to express their concern over the release of a direct line to reach the nation’s police boss.

Many criticized the idea, describing it as a foolish way to enhance security.

The effort, according to the police boss, is to ensure efficiency in policing.

According to many Nigerians who have been trying to call the police boss, the line is permanently on ‘the user is busy’.

The matter went viral on facebook and other social media where it attracted controversial comments. Questions that come up are whether the police boss will be able to manage the communication traffic on the line.

“The man is trying to win our support but it’s not good enough. His wife has his main number and his mistress has the other main number,” an anonymous writer said on Linda Ikeji’s blog.

“So someone in Lagos will have to call IG in Abuja if thief is in his house?”

“How can ordinary Nigerians benefit from this now? How IG phone number take be issue so?” asked another Nigerian

“Is this supposed to make Nigerians feel better? How is this going to improve the security situation in d country huh?”

A lucky caller who didn’t identify himself said : “A sort of man picked, with an Hausa accent, but refused to talk, and when I called again, it was just ringing and the ‘IG’ didn’t pick.

Many are suggesting the police boss should have set up a helpdesk with people operating it.

“When are we going to get it right in this Nigeria. For something like this, you set up a helpdesk and have people operating the phone lines (na so dem glo dey do customer service line). How many calls can he handle in a day and still do his job? Nigeria with our usual “wrong” way of tackling things! Nobody needs the IG’s phone number.

Make an emergency line available in every local police station. And make it workable and known to the population. And also make the response of officers and men of the force to emergency situations prompt. That is what we need. Don’t centralize everything.”