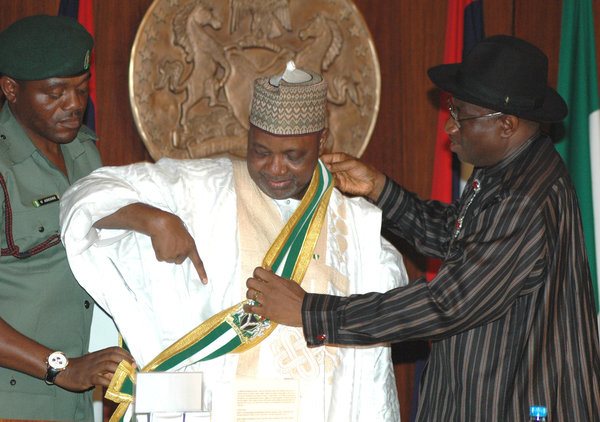 We already knew it would be hard to recoup every penny stolen from us. Asides the fact that some no longer have it, others went the extra mile to cover their tracks well.Proving a case against them would be next-to-impossible and a plea bargain deal via shrewd interrogation techniques is as good as a victory in court in such instances. However, it would also be next-to-impossible for the EFCC and other relevant agencies to convince me that there are no  sacred cows in the war against corruption.

What is particularly alarming is the calibre of these ‘cows’. They are the biggest of the lot with too much of our ‘grass’ in their systems for anyone not to notice.I am talking about people like ex-president Goodluck Jonathan, his vice; Namadi Sambo and Diezani Allison Madueke, the former petroleum minister.

While Sambo seems to be holidaying some where, Jonathan seems to be enjoying his hobbies of mediating, speaking and observing elections very much; the attendant benefits of his new status as elder statesman of world repute. The only thing we know about Deziani as at this moment is that she is battling cancer. A cancer that chose a most convenient time to deteriorate. There is no way a just war would get fully underway without these ‘untouchables’ having at least three cases each to answer.

President Buhari himself told us he wasn’t going to spare anyone irrespective of the amounts they returned. When he declared the late Gen. Sani Abacha innocent of all looting allegations, he put his honor up for debate.Not a few people started to lower their expectations then. Abacha’s loots are still being returned to Nigeria today by good samaritan countries and that was even after Ngozi Okonjo Iweala had revealed that Sambo Dasuki, the embattled former NSA got $322 million to tackle insecurity from part of the returned Abacha loot. Buhari has not proved a man of his word so far.Jonathan has been mentioned twice by at least 2 suspects in the alleged Dasuki arms deal scam. First by the former NSA himself who said GEJ authorized all withdrawals and also by his SSA on media, Chief Doyin Okupe who named him as well during the course of investigations. The EFCC did not as much as invite him for questioning on any of the aforementioned occasions. Like I said while stating my concerns over Buhari’s seeming ethnic bias before the general elections when I mentioned his detention of ousted Vice-President Alex Ekwueme in kirikiri prisons while placing President Shehu Shagari under house arrest-the subordinate cannot be guiltier than the principal.

There is no way Jonathan can be exonerated of any wrongdoing in the midst of colossal stealing by his subordinates.He came out on a number of occasions to publicly defend them. He feigned ignorance of the fact that Deziani Allison Madueke had gone to court to invalidate an invitation to the National Assembly to defend the waste of taxpayers money on private jets and of course, he took us to school on how stealing wasn’t corruption.

Even if Jonathan didn’t loot as much as those around him, there are bound to be withdrawals and transfers that required his authorization or at the very least, ones that wouldn’t escape his eye. Watching him elevate his post-election status from hero to a world acknowledged super one that meets with the President in the villa any time he chooses to intimate him of his latest strides is killing.

No one can say for sure if Namadi Sambo is reaping off PMB’s excess love for his northern brothers or is part of a plea bargain arrangement but what is not in question is the fact that allegations have been made against him that the authorities seem to be shying away from. 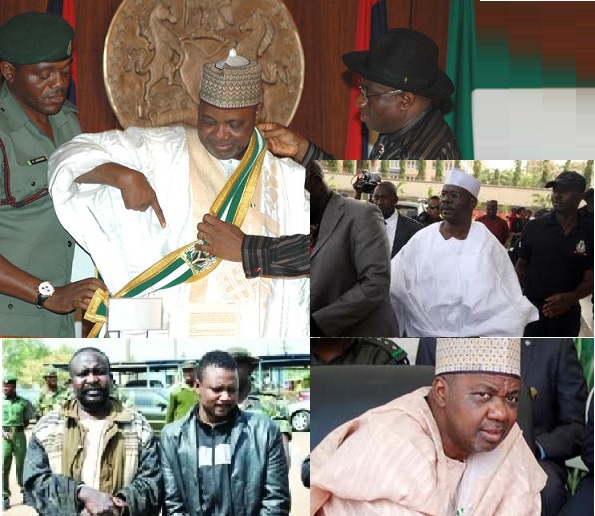 The most annoying of the pack has to be the lukewarm attitude of the authorities towards nabbing and prosecuting Madueke; allegedly the most corrupt minister this country has ever had.

Fine, she got Dele Momodu to show us pictures of her cancer-stricken body and there was initial movement towards liasing with Interpol and the British authorities but that was where it ended.Reports of her arrest proved unsubstantiated. The most rational conclusion would be she has struck a deal to return part of the loot and walk free.Without an iota of doubt, the money stolen from the petroleum industry is much more than any agency of government and i don’t see much enthusiasm on the part of our authorities to probe previous activities there extensively.

A lot of people were too alarmed by that to rejoice over news that a number of people including Madueke and a close ally of hers, Jide Omokoro (who is reportedly the real target) were charged to court for money laundering and procurement fraud. Justice Nyako of the Federal High Court has since ordered that she be struck off the charge since she is not present.That cleared my doubts as to whether or not this government was serious about bringing her to book.It doesn’t seem like there would be any spirited effort to get the expert analysis of an independent medical practitioner to verify claims that she is incapacitated and if she really is, when she would be fit enough to come down here to answer our questions. I have always thought the timing too convenient. Even though it was no secret she was battling cancer as a minister under GEJ, it never stopped her from overseeing a monumental looting scheme and even going ahead to become OPEC president in the twilight of the administration.

If it was a strategy, then it worked.She has successfully boxed PMB and his anti-corruption troops into a corner of pessimism and pity which might have necessitated a lenient plea bargain deal no matter how much she returns.Anything other than jail time for this lady is the deal of a lifetime. The $115 Million election bribery scandal which she is a pivotal part of will end up at the cemetery if her presence isn’t secured.Not only that but every allegation of wrongdoing that has Deziani Allison Madueke attached to it as well.

For all his tough talk on corruption, I must say I won’t deem Buhari’s war a victory if it doesn’t consume any of GEJ, Sambo and Madueke.History will forever remember it as one where the biggest looters had enough to tempt the authorities into entering deals with them while the lesser ones bore the brunt. Instead of passing a strong message of deterrence, we are telling the world it is okay to loot but just have enough to earn you a seat at the plea bargain table.God help us.