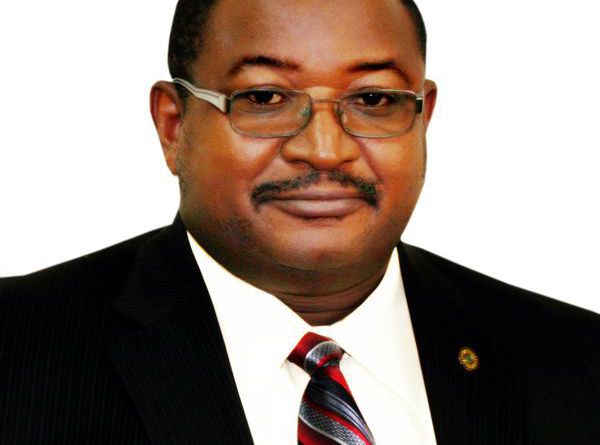 Investigation by NEWS PUNCH reveals that the Minister of State for Petroleum Resources, Dr. Emmanuel Ibe Kachikwu, and his brother, Dumebi Kachikwu are embroiled in a bribery scandal that may further put to test the Buhari Administration’s mouthed mantra of zero tolerance for corruption.

NEWS PUNCH found out that THEWILL authoritatively reports that all is not well between the Kachikwu brothers and their erstwhile ally, Mr. Igho Sanomi, the chairman of Taleveras Oil, following the minister’s inability to deliver oil contracts to the businessman as agreed after allegedly receiving over a billion naira in kickbacks.

The brewing crisis in the scandal is that the kachikwus are unwilling to return the kickbacks which Sanomi paid partly in naira and same choice properties in Maitama-Abuja and Banana Island-Lagos.

NEWS PUNCH confirms that sources knowledgeable about the development told THEWILL that Sanomi has been pressuring the Kachikwus to return his monies and houses that were transferred to the minister upfront through Dumebi to facilitate oil contracts while he served as the Group Managing Director of the Nigerian National Petroleum Corporation, NNPC.

Total payments to the minister who hitherto doubled as the NNPC boss, from Sanomi are estimated to be close to N2billion as at when the shady deal was consummated, insiders say.

Dr. Kachikwu, a former top executive at Mobil Oil, was once the most powerful and influential cabinet official in the Buhari administration while he superintended over the NNPC. The notoriously corrupt public official was even planning to run for the governorship of Delta State under the ruling All Progressive Congress, APC, but presently that power and influence are gone. Associates say his mobile phones are now often silent and the visitor’s register in his office are dotted with empty lines begging to be filled.

Whispers on the street are that he lost his influence politically and remains a shadow of his former self whilst basking in negative low esteem and inferiority complex.

NEWS PUNCH learnt that he contemplated resigning from government after his sudden ouster from the NNPC but was advised against such a move to stare off prosecution by the presidency.

NEWS PUNCH learnt that THEWILL authoritatively reports that kachikwu lost his lucrative position as GMD of NNPC barely one year after his appointment due to shady and corrupt practices after the EFCC released series of damaging reports to Acting President, Yemi Osinbajo, detailing how the flamboyant and perverted minister used his brother to receive and launder bribes from companies seeking contracts.

NEWS PUNCH learnt that the classified report which was sighted by one of the correspondents of THEWILL, named Mr, Sanomi and his company, Taleveras as one of those that funnelled hundreds of millions of naira into an investment account controlled by Dumebi in one of Nigeria’s oldest banks from where private accounts controlled by the minister were credited with chunks of the bribes.

NEWS PUNCH learnt that THEWILL reports that President Muhammadu Buhari was going to fire kachikwu from his cabinet over the report but General T.Y, Danjuma, who facilitated his appointment, intervened and got him a soft landing.

As Minister of State for Petroleum, his hands are off the cookie jar and he has zero influence over the affairs NNPC under current GMD, Maikanti Baru, who reports directly to the president,”a source in the presidency said.

Meanwhile, insiders squealed that Sanomi is spoiling for a dirty fight with kachikwus over their failure to return his money and houses.

NEWSPUNCH learnt that the story THEWILL published against the kachikwus of their involvement in corruption is no longer available on THE WILL news platform because kachikwu paid THE WILL N10 million to remove it.

Based on the investigation carried out by NEWS PUNCH on the allegation of corruption against the kachikwus and the removal of the story by THE WILL, NEWS PUNCH calls on the National Assembly to set up a credible committee to probe the Minister of State for Petroleum Resources and NNPC.

During Jonathan Administration, the Malabu Oil deal and Diezani Alison-Madueke corruption were some of the issues that questioned Jonathan’s anti-corruption competency. According to THE ECONOMIST of 15 June 2013, In 2011 Goodluck Jonathan’s government facilitated the transfer of payment of $1.1Billion to a fake company set up by a controversial former Petroleum Minister under Sani Abasha’s corrupt regime, Dan Etete. The fake company, Malabu Oil and Gas was set up in 1998 by Etete using a false identity so as to award himself a lucrative Oil block, OPL245, for which he paid only $2million of the $20million legally required by the State. At the time of Jonathan’s government helping to facilitate the transfer of payment from shell and Eni to the fake company, Etete was already a convicted felon of money laundering in France. THE ECONOMIST further says that only $800million out of the $1.1billon meant for Malabu Oil and Gas was even remitted by the Nigerian government.

The former Nigerian Attorney General, Mohammed Bello Adoke, who signed the documents involved in facilitating the payments, denied the rest was shared by public officials.

PREMIUM TIMES of March 24, 2014 reports that the former Petroleum Minister, Diezani Alison-Madueke was accused by some group of Nigerians and the media of squandering N10billion to charter and maintain private jet for her personal use which made the National Assembly to probe her. She was accused of spending about 130Million Naira monthly to maintain the aircraft, solely for her personal needs and those of her immediate family.

Samuel Adejare, the lawmaker at the 7th National Assembly who raised the matter made it explicitly clear that there was irrefutable evidence showing that the financing for the Challenger 850 aircraft was drawn from government funds from NNPC.

According to Mr. Adejare, the estimated N10billion would be “a tip of the iceberg” as further investigation would show the minister spent far higher.