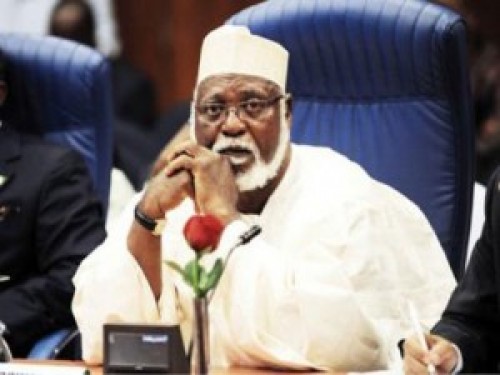 The former Head of State and mastermind of Nigeria`s fourteen year old democracy cautioned politicians in the state and the country to put their house in order and avoid overheating the polity or risk a coup.

Speaking in Minna on Thursday in an interview with members of the Correspondent Chapel of the Nigeria Union of Journalists (NUJ), Niger State chapter, he cautioned  that the country’s fledgling democracy would be eventually destroyed should politicians fail to unite despite their differences and avoiding stoking the polity with crisis upon crisis.

He particularly decried the political crisis in Rivers State, where supporters and opponents of Governor Rotimi Amaechi have succeeded in grinding the state legislature to a halt.

“I hope those involved would take note of what democracy is and check themselves,” said Abubakar, revered all over the country for voluntary handing over power to a democratically elected government in May 1999.

“What has happened in Rivers State is very sad. I hope that the politicians will try to put a break and reflect on what they are doing in order not to truncate democracy. In democracy, there is a limit to what freedom is all about. There is freedom of speech, freedom of association and what have you but this stops when you start infringing on others freedom.”

He harped on the need for the country to remain united, saying his works as Peace Ambassador with Africa Union (AU) have helped him to appreciate the devastating consequences of violence.

“Having been involved in peace process around the world on behalf of the African Union (AU), I always advocate for peace in our nation because I’ve seen the devastation of unrest in other countries. I pray the tidings of Ramadan would abide with all of us,” he said. -Hulu