COURT: EFCC Behaving Anarchistic In Its Detention Of Jonathan Cousin, You Are Not Above The Law 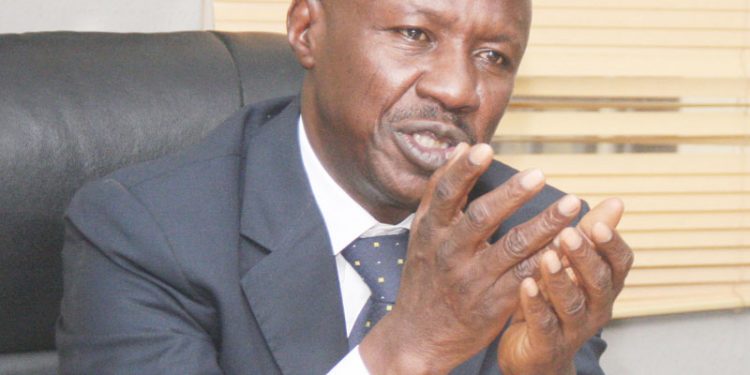 An Abuja High Court has berated the Economic and Financial Crimes Commission, EFCC, over the continued detention of ex-President Goodluck Jonathan’s cousin, Azibaola Roberts, for over 65 days without trial.

The EFCC on March 23, arrested Robert over alleged diversion of $40 million through One-Plus Holdings, a sister company of Kakatar Construction and Engineering Company Limited, meant for securing oil pipelines contract. Ruling on an application for the enforcement of his fundamental rights, trial judge, Justice Goodluck Olasunbor described the prolonged detention of Azibaola Robert without trial as reprehensible and a conduct that smacks of anarchy.

The judge held that the production warrant of the court served on EFCC, on March 19, 2016, was flagrantly disobeyed noting that,

“As an organisation that is set-up to enforce compliance with the law, the respondent must lead by example,” Justice Olasunbor said. Worried over the conduct of EFCC, the court maintained that the anti-graft agency or any other security agency must obey a subsisting court order for the production of a particular suspect in its custody. Justice Olasunbor noted that

“The conduct of the respondent is condemnable. It undermines the integrity of the court and portends anarchy. No person being a natural or juristic person is greater than the court. All persons are subordinates to the rule of law.

“It is hoped that this rude conduct will never repeat itself. Let nobody pull the wool over the face of this court,” Justice Olasunbor said. It will be recalled that Azibaola Robert had through his lawyer Chief Chris Uche, SAN, sued to enforce his fundamental rights. Uche in the suit, had prayed the court to make “an order granting his client an interim bail pending his arraignment before a court of law by the respondent, EFCC or pending the determination of the substantive motion in the suit.”

In his ruling, Justice Olasunbor had held that Robert’s detention by the EFCC for over two weeks was unconstitutional, noting that the applicant had disclosed sufficient evidence before the court to warrant the granting of his relief. Despite the court order, the applicant is still in the custody of EFCC.