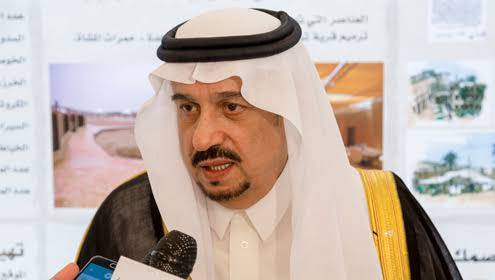 A senior Saudi Arabia prince, who is governor of Riyadh, has been admitted to intensive care after being infected with Coronavirus.

This is as 500 beds in isolation centres are being prepared for royal family members and those close to them.

In a report by The New York Times, the royal family had been placed on high alert as 150 of them in the kingdom including members of its lesser branches have been reportedly infected with COVID-19.

Doctors at the elite hospital that treats Al-Saud clan members are preparing for an expected influx of other royals and those closest to them, according to an internal “high alert” sent out by hospital officials.

“Directives are to be ready for VIPs from around the country,” the operators of the elite facility, the King Faisal Specialist Hospital, wrote in the alert sent electronically to senior doctors.

“We don’t know how many cases we will get but high alert,” the message stated, adding that “all chronic patients to be moved out ASAP,” and that only “top urgent cases” will be accepted.

It said any sick staff members would now be treated at a less elite hospital to make room for the royals.

King Salman, 84, has secluded himself for his safety in an island palace near the city of Jeddah on the Red Sea, while Crown Prince Mohammed Bin Salman, his son and the 34-year-old de facto ruler, has retreated with many of his ministers to the remote site on the same coast where he has promised to build a futuristic city known as Neom.

The infection and treatment of the governor of Riyadh, Prince Faisal Bin Bandar Bin Abdulaziz Al Saud, was confirmed by two doctors with ties to the elite hospital and two others close to the royal family.

As governor of Riyadh, the capital, Prince Faisal holds a post previously occupied by a favorite son of the former King Abdullah and before that by King Salman himself.

The royal family includes thousands of princes, many of whom travel routinely to Europe.

Some are believed to have brought back the virus, according to doctors and people close to the family.

Saudi Arabia authorities have now cut off all air and land travel into or out of its borders and between internal provinces.

They have placed all of its biggest cities under a strict 24-hour lockdown, allowing only short trips to the closest grocery or drugstores, and they have indicated that they are likely to cancel the annual hajj pilgrimage scheduled for this summer.

The country has so far reported 41 deaths from the pandemic and 2,795 confirmed cases.