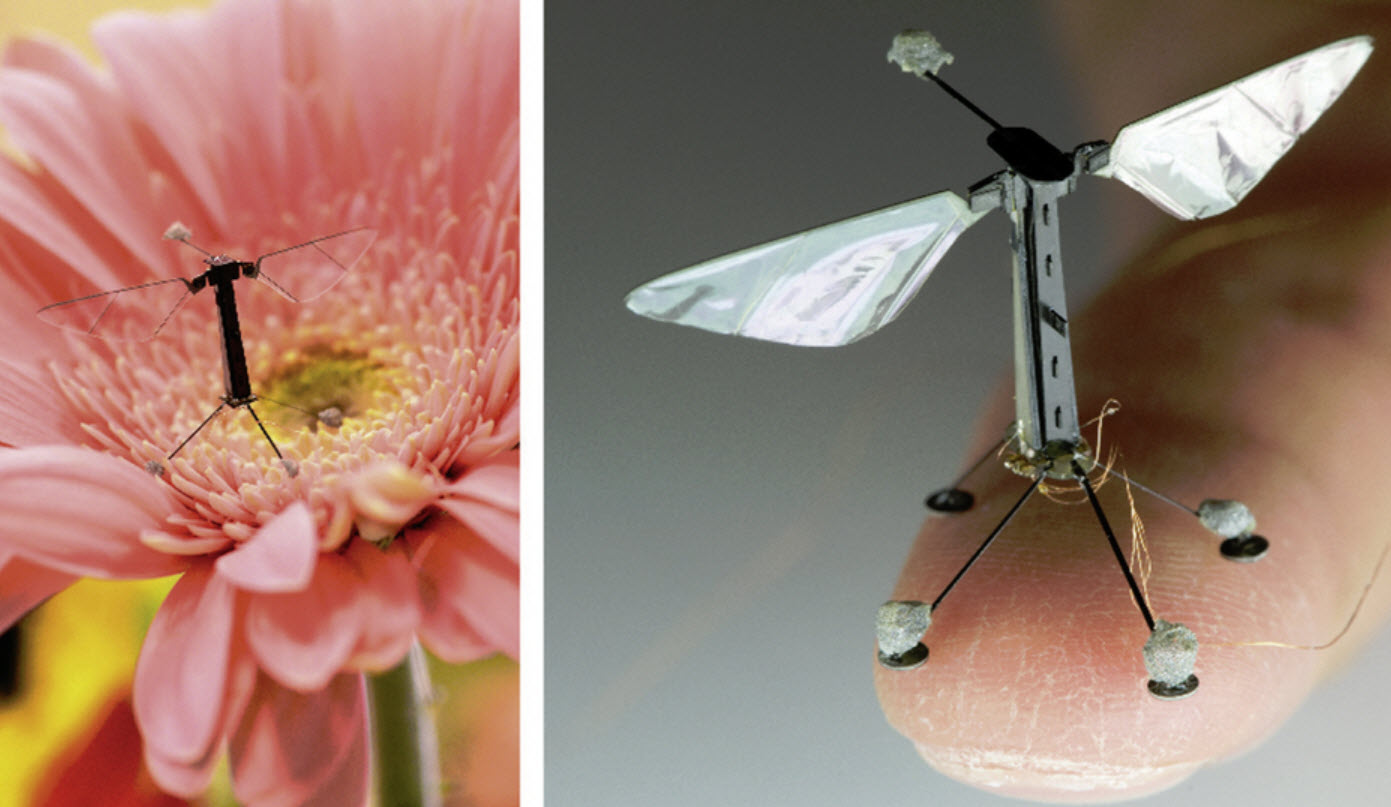 The maneuverability of the dragonfly, the firefly’s ability to generate light at one hundred percent efficiency, the owl having the most silent flight among all the bird species: The characteristics many creatures have that are similar to these have long fascinated people for centuries. So much so that these characteristics have been an inspiration to particularly scientists, leading to the emergence of a new scientific field.

Biomimetics (biomimicry) is a term first coined by Janine M. Benyus, an author and scientific observer from the American state of Montana. The term was later assessed and put into practice by many others. Literally meaning “the imitation of living organisms in nature”, this scientific field has been mentioned rather frequently, especially lately, in the world of technology and has significantly broadened people’s horizons. For example, according to recent studies featured on the December 2016 issue of Interface Focus journal, the flying robots called “Drones”, in other terms, unmanned aerial vehicles, are designed via inspiration received from nature. The following are some of the living beings that have served as a model for the development of drones:

Birds That Can Fly for Days Without Sleep

During migration, some bird species can fly for days, or even months, without taking a break or nap. Scientists have been researching for years how birds manage to do so. It was previously thought that birds were relying on a method called “one hemisphere sleep”. It was believed that employing this method birds would keep one eye open, thus using only one cerebral hemisphere at a time while resting the other. However recent studies showed that frigate birds (Fregata minor) can both maintain flight and rest their brains taking a “micro-nap” at the same time (during soaring or gliding). Thus, scientists continue working on drones that can remain in the air for days, or even months without having to land just like this bird species.

Most of us know that owls are expert nocturnal predators. The primary reason why they are such great hunters is that they are capable of flying without making any sound. Biologists, mathematicians and engineers investigated this amazing aerodynamic performance of owls and discovered that owls incorporate many features required to produce such a silent flight. For example, the features of owls, such as their large wing size, velvety surface texture, and interlocked ragged feather structure allow them to fly silently. The work on applying this silent flight technology to drones continues.

The Fruit Fly’s Ability to Fly Despite Damaged Wings

Although drones are the products of advanced technology, they, too, can certainly be damaged. For this reason, one of the subjects investigated by the scientists who design drones is how these machines can still continue flying despite any sustained damage. To be able to answer this question, this time, researchers focused on fruit flies and examined these living beings which are still able to fly despite a damaged wing with high-speed videography.  The obtained result was eye opening for the scientists:

They found that fruit flies could manage to maintain flight by modifying their wing beats midair and rolling their bodies toward the damaged wing.

Bees That Do Not Get Affected By Turbulence

One of the major problems both flying animals and flying robots face is unpredictable wind gusts. However, scientists have discovered that bees can even travel in extremely windy conditions to reach their intended pollen sources. To understand how they manage to do so, scientists placed  bees in observable wind tunnels and recorded them during flight. The result of the research was full of calculations that could be considered marvels of engineering.

By changing the amplitude, frequency, and even the symmetry of their wing beats, the bees would gain resilience while flying against wind gusts  they would suddenly encounter. If scientists can apply these techniques employed by bees to drones, it will allow drones to maintain flight through turbulences.

Pigeons That Skillfully Overcome Any Obstacles They Encounter

A hardy journey awaits a bird that flies close to the ground. It needs to swiftly process the visual input from its surroundings and make rapid flight adjustments to dodge any obstacle that might stand in its way. Seeking to investigate this success of  birds that maintain forward momentum while maneuvering through gaps between objects, scientists recorded pigeons’ movements in three dimensions. As a result of the research, they discovered that the pigeons adjusted their routes by selecting gaps that closely aligned with the direction they were flying. And a few small adjustments pigeons would make in their wing beats were enough to do so.

Scientists currently aim at applying this skillful orientation and maneuver capabilities of the birds to unmanned aerial vehicles. Thus, drones will be able to avoid any obstacle they might encounter without any damage, as well as swiftly choose the safest route.

The Agility Insects Display When They Fall Will Further Enhance Drones

Interestingly, to gather information on flight, researchers sometimes benefit from insects that do not fly at all. To this respect, scientists have studied many insect species and in their studies they observed that some insects were capable of quickly rotating in midair while falling. For example, tiny stick insect nymphs are wingless, but this insect species can right itself in midair while falling from any height, thereby achieving a safe and proper landing.

It was discovered that the insects in question rapidly rotated to turn right side up by coordinating leg movements with airflow, and turning completely around within 0.3 seconds.  Researchers think that if the said technique employed by the insects is applied to drones, it will further improve their midair agility.

How Birds Can Maintain Flight When Molting?

Imagine you are flying in an airplane and in mid-flight, the bits and pieces of its wings start to break off.  Such a catastrophic situation might sound unthinkable, but this is exactly what birds experience during their molting season.

During seasonal molting, birds replace their worn out feathers while still having to continue flying, regardless of how dangerous it is. Seeking to find out how birds manage to do so, researchers examined a jackdaw, a bird in the crow family.

They investigated the flight aerodynamics of birds during different molt stages. At the end of their research, they found that the birds’ flight efficiency was indeed reduced during molting but miraculously, the birds adjusted their wing posture to make up for gaps in their wings where feathers were missing, and thus they managed to continue flying. If scientists can apply this strategy as well to drones, it is likely that drones will be able to continue flying even if their wings encounter damage during flight.

As we mentioned at the beginning of the article, humanity derives many substantial benefits by imitating nature, be it in terms of time and effort, or simply making good use of  physical resources. Every single one of the living beings given as an example in this research is equipped with vastly superior features. Almighty God has created all living beings with these features. God, the Lord of the heavens and the earth, is the Originator. This truth is revealed in the Qur’an as follows:

“He is the Originator of the heavens and earth. When He decides on something, He just says to it, ‘Be!’ and it is.” (Surat al-Baqara, 117)