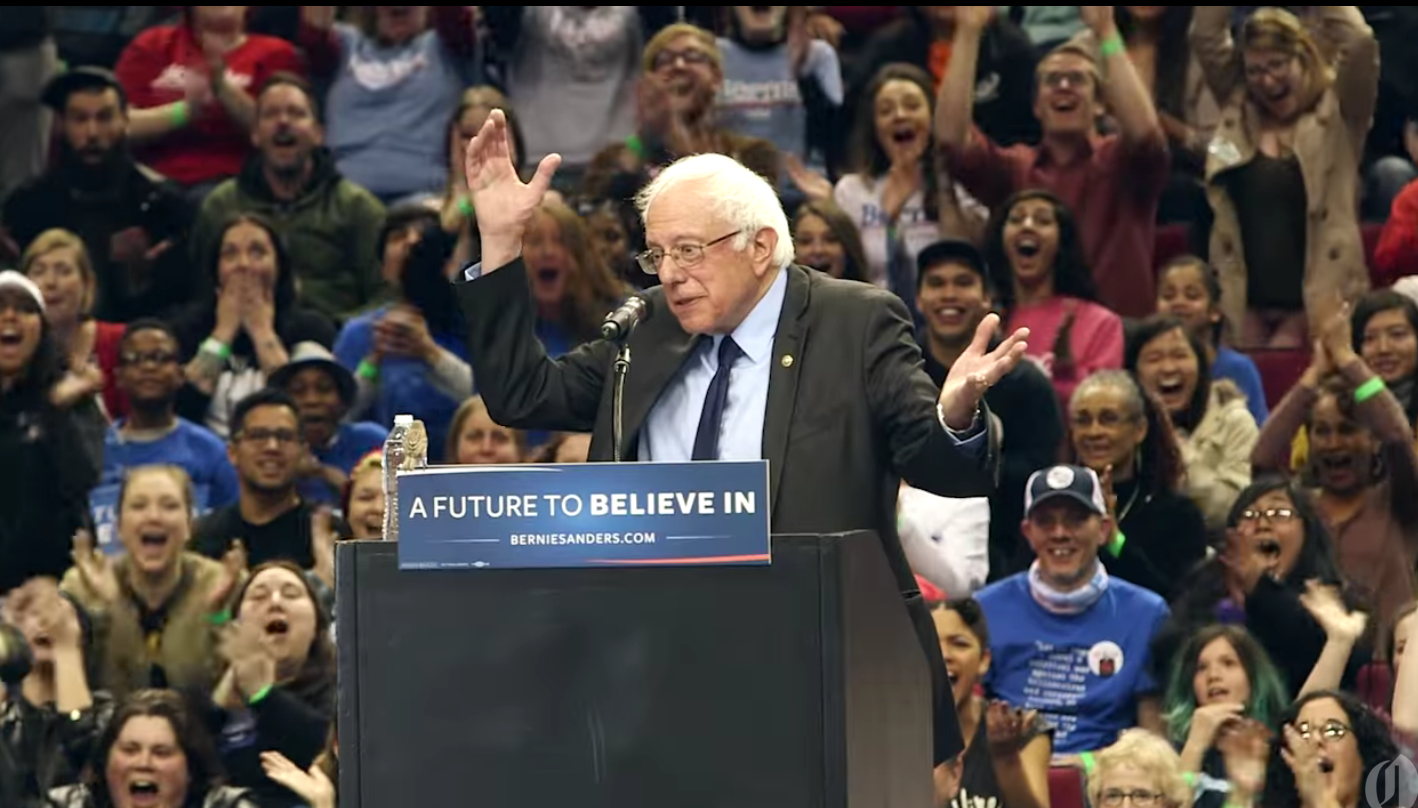 Mother Nature appeared to endorse democratic candidate Bernie Sanders for president through a bird, which landed in front of the Democratic hopeful during his speech at a rally in Portland, Oregon on Friday.

Bernie said it was likely some symbolism and the ‘dove’ was there to ask for world peace.