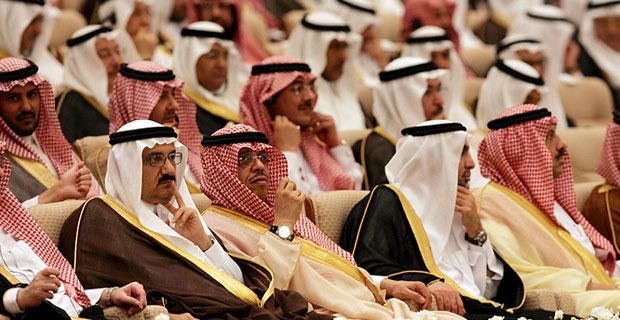 “The Gulf states have poured gasoline on this fire, they have not taken a single refugee.”

GOP Presidential candidate Rand Paul made some bold statements in an interview Wednesday, noting that until other Middle Eastern countries address their role in the refugee crisis, the US should not be selling arms to them.

When asked what should be done to help the innocent people fleeing terrorism in Syria and Iraq, Paul called out the neighboring states that have yet to take in a single refugee.
“One of the biggest supporters of Sunni terrorism in the world is Saudi Arabia, Qatar is up there, UAE is up there.” Paul noted

“Sometimes government, sometimes private donors. What I would say is no more sales of any arms to these countries until they start accepting refugees.” the Senator urged.

“The Gulf states have poured gasoline on this fire, they have not taken a refugee. Iran has not taken in refugees and they’ve been an arsonist in this situation as well.” Paul told Fox News viewers.

“So those who live there need to step up and we need to say we’re not going to sell arms to you anymore if you’re not willing to do your fair share.” the Senator concluded.

Paul has introduced legislation to restrict benefits to refugees coming into the US. The Senator explained that refugees currently entering are immediately entered into the welfare system, where as disabled veterans and unemployed Americans are already struggling to make ends meet.

“You don’t have the right to be an American citizen. Most people don’t realize this but refugees come here and immediately are put on welfare.” Paul stated, adding that “there are whole agencies set up to put them in government housing, government cash assistance and they’re basically put into our welfare programs…”

The Senator also commented on calls made by intelligence heads for expanded surveillance powers in the wake of both the refugee influx and increased terrorism in Europe.

“There will always be those who advocate giving up your liberty in exchange for somehow getting more security, but what we’ve found when we’ve allowed warrantless searches… we didn’t catch any terrorists.”
Paul noted that France has a surveillance program that “invades privacy a thousand times more (than the US program) without restraints, and they didn’t stop this (Paris attack).

The Senator said that if we give up all our liberty in the face of terror threats then “what are we fighting for? What differentiates us from them?”
—————————————————————-
Steve Watson is a London based writer and editor for Alex Jones’ Infowars.com