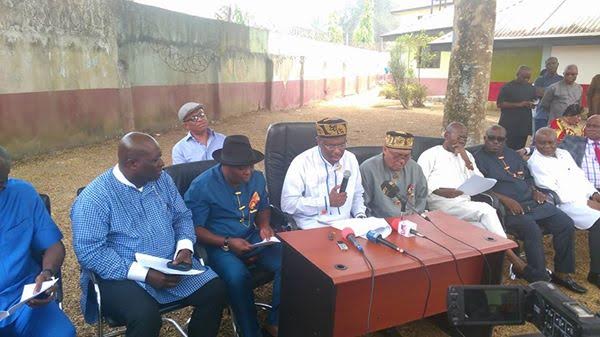 BEING PRESS STATEMENT BY THE 2015 GOVERNORSHIP CANDIDATE OF THE APC, RIVERS STATE, DR. DAKUKU ADOL PETERSIDE, ISSUED AT A PRESS CONFERENCE THAT TOOK PLACE AT THE STATE PARTY SECRETARIAT, OLD GRA, PORT HARCOURT ON TUESDAY, 9TH MARCH, 2016.
GENTLEMEN OF THE PRESS,
INTRODUCTION

You will recall that on Wednesday, January 27, 2016 the Nigerian Supreme Court handed down judgment on the Rivers State Governorship matter. In that judgment, the apex court upheld the appeal by Gov. Nyesom Wike against the earlier decisions by the Rivers State Governorship Election Petition Tribunal and the Appeal Court which concurrently annulled Nyesom Wike’s election as governor.