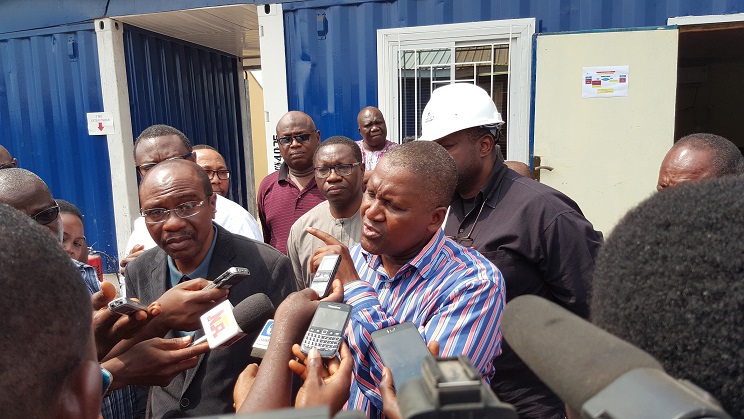 A Nigerian senator, Shehu Sani, has described proponents of sale of the country’s national asset as “economic predators and profiteers who want to take advantage of the situation in the country.”

Mr. Sani, who is the Chairman, Senate Committee on Foreign and Local Debts, said in a statement to PREMIUM TIMES on Friday that “Nigeria’s capitalist forces raped Nigeria to recession and now they want to kill and bury it.”

Nigeria is currently going through one of the worst recessions in its history, due to the crash in oil prices.

Nigeria’s business mogul and Africa’s richest man, Aliko Dangote, recently suggested that it makes more economic sense to sell off the country’s remaining asset like the multi-billion dollar Nigeria Liquefied Natural Gas Limited, and the Nigeria National Petroleum Corporation Joint Ventures, and use the proceeds to help the economy out of recession.

Mr. Dangote’s suggestion, backed by the Senate President, Bukola Saraki, and the Governor of Central Bank, Godwin Emefiele, has sparked off intense debate among Nigerians.

Mr. Sani, from Kaduna State, condemned the suggestion as being against the interest of the nation.

He said privatization in Nigeria has not delivered the much anticipated efficiency and services other than enrich a few fronts and their masters.

“There is currently nothing to show for the sale of government houses, (and) firms. The advocates of sale of our collective national asset simply want to dispossess Nigerians and expand their business empire.

“They call themselves private sector and business men; they refused to invest in agriculture, solid minerals or science and technology, they simply want to buy off profitable public asset.

“There are no captains of industry in Nigeria other than crony businessmen, rent seekers, commission agents who depend on patronage from government.

Mr. Sani said the country’s businessmen prefer to buy off “ready-made” oil wells and gas from the Niger Delta, instead of investing funds to find oil and gas in Lake Chad and Benue trough.

He called on Nigerians to rise up against any attempt to sell the country’s asset, arguing that, “Selling our national asset to stem recession is like selling ones lungs to buy food.

“Recession should excite innovation and ideas and not justify roguery. …. Nigeria’s poor have always lived under systemic recession and depression and on the edge of extinction,” he said.