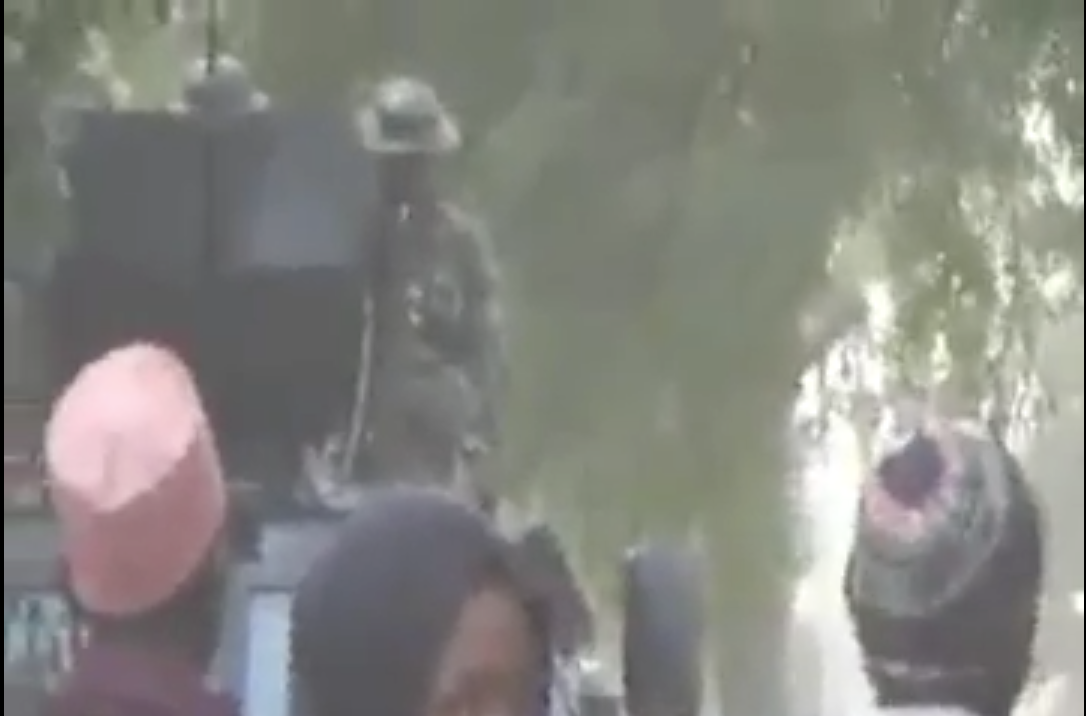 This is the second part of the videos on the December 2015 deadly siege on Husainiyyah Islamic center on Sokoto road Zaria. In this video a convoy said to be that of the Kaduna state governor Nasir El-Rufai passes through ahead of the midnight massacre.

Injured victims of the earlier road-block massacre are being attended to by quacks. It is alleged that the Military did not allow them exit for medical attention. Most persons in this video appear very young, likely students and there are many ladies and children prominent. One youth holds a catapult. There was absolutely no armed attack at the confidently secure, close positioned military men arranged around the perimetry.

The faithfuls are seen openly gathered in the yard chanting praises to God’s name as they believe has the power to and has in the past driven away the enemy. They appear absolved or unexpecting the imminent death. It was reported that in the early hours of the morning the army turned on flood lights, asked their immediate surrender then rained a volley of bullets and bombs on the center killing everything in sight.