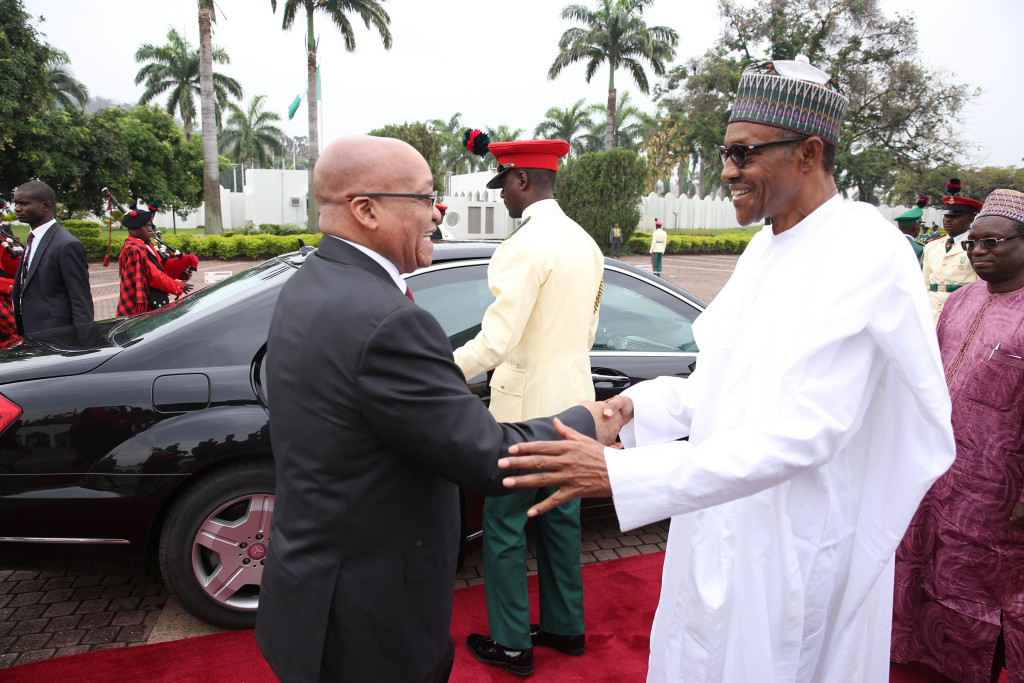 The president did so while talking to South Africa’s president Jacob Zuma in Abuja Tuesday.

Presdient Muhammadu Buhari while blaming South African MTN for invariably assisting Boko Haram deaths by violating its duty to ensure the proper biuometric registeration of phone users, said that this failure assisted in the deaths of 10,000 Nigerians since 2009.

He said, “The concern of the Federal Government was basically on the security and not the fine imposed on MTN.

“You know how the unregistered GSM (SIM cards) are being used by terrorists and between 2009 and today, at least 10,000 Nigerians were killed by Boko Haram, at least 10,000.

“That was why the NCC asked MTN, Glo and the rest of them to register GSM subscribers.
“Unfortunately, MTN was very very slow and contributed to the casualties. And NCC looked at its regulations and imposed the fine.” -Punch

Since President Buhari took over power alone, there have been as many as 10,000 deaths.

The total toll over the years since 2009 according to CFR, the only public official count of victims is 45,000. 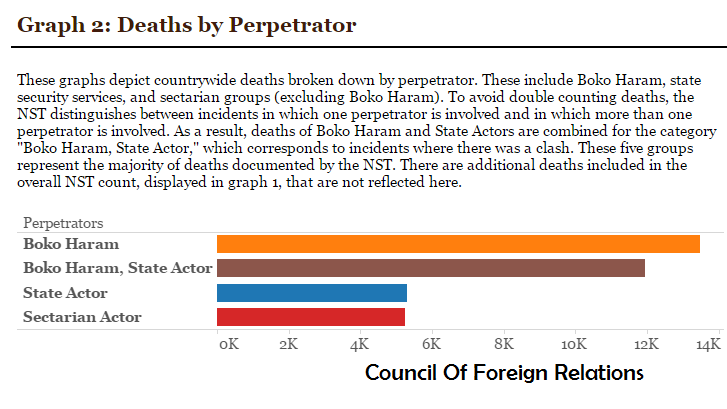 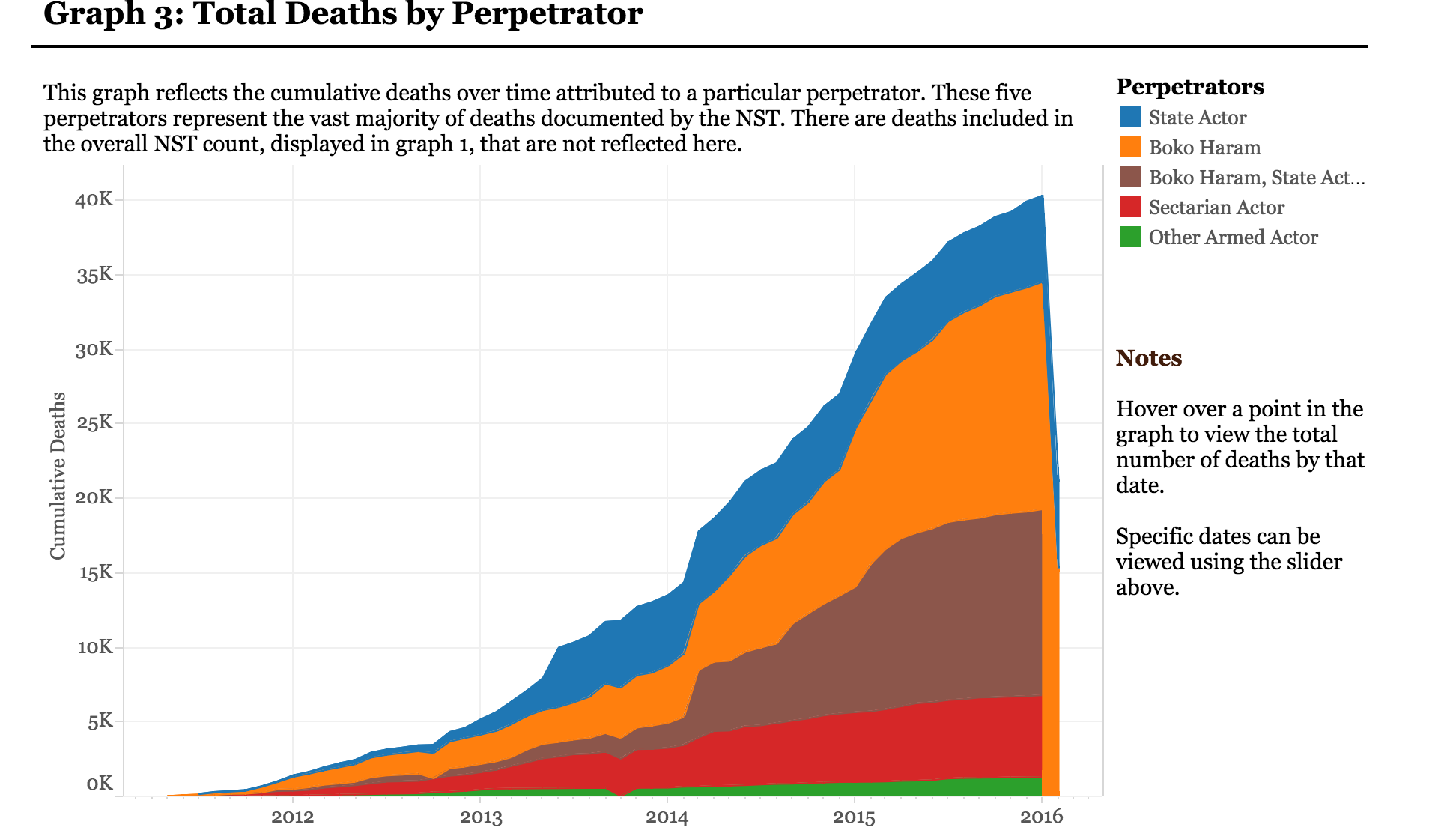 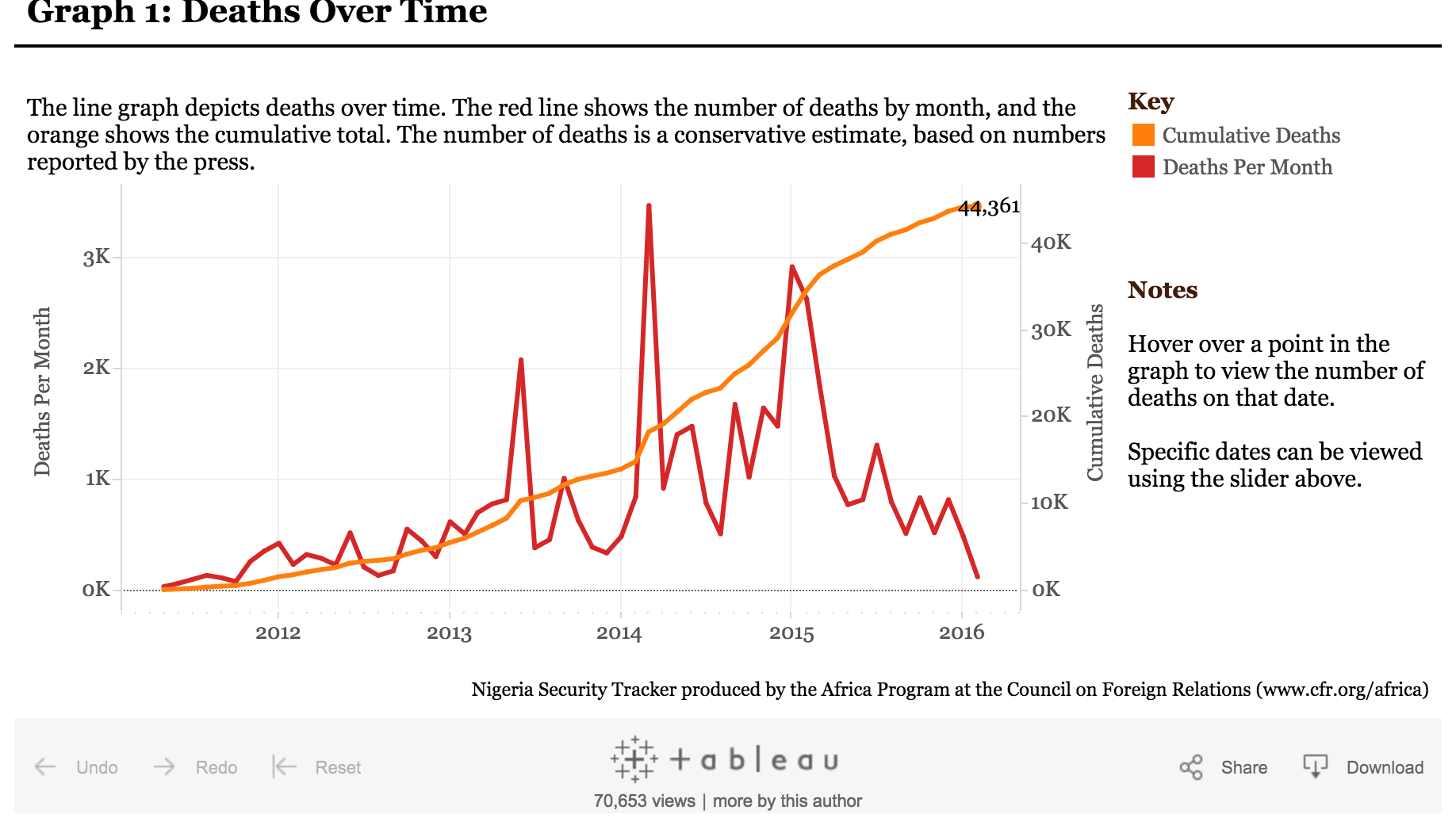 It is unfortunate that Nigeria’s leaders continue to suppress the actual figures form Boko Haram carnage as though trying to exonerate the group and betray the dead.

While the count by the CFR as 45,000 is not even a total count as those numbers are only the ones in  media releases. Actual figures of Boko Haram dead well surpasses 100,000 with most killed within occupied territories in the past and buried in mass graves.

Nigerian leaders are impressed to be candid with actual causalities so as not to assist the terrorists and further hurt and alienate the masses.

MTN’s faitures contribute to the insecurity along with Nigerian government failure to properly inform on the accurate situation, state of the war and figures of causalities and Nigerians at risk.