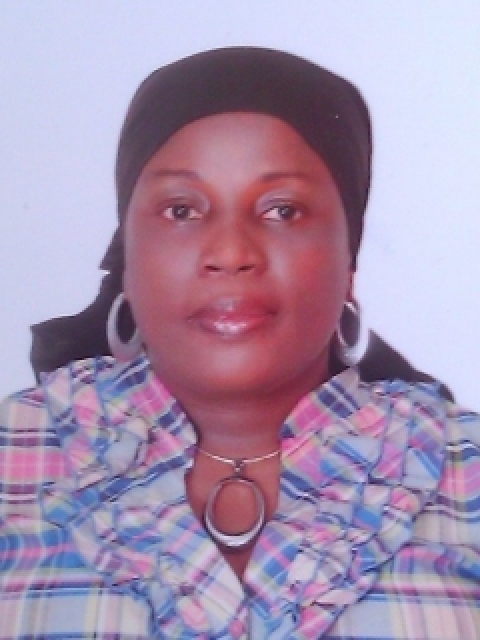 We just read your complaints in defense of your armed robber spouse on facebook. Rest assured, even though the good government of Yaradua gave Dokubo amnesty, he remains in the minds of Nigerians what he is: A terrorist. No, not a freedom fighter, a mere terrorist. Ken Saro Wiwa was a freedom fighter. May his soul rest in peace. Your husband was a mere barking terrorist.

The difference is- a freedom fighter only battles the government. A terrorist kidnaps any one that can help them achieve their goals, blows pipelines, kills innocent people, and steals public wealth, making millions suffer. A terrorist kills thousands by crippling national and world activity through his menace. Mujahid Dokubo Asari was a terrorist and continues to be one. And God will catch him someday soon, Insha Allah.

Dokubo- Your South Terror Kills More than Boko: Fight That and Zip it About North

If indeed he fought for Delta people and not for his own pocket and to put jewelry on your neck, why does he not take the millions of “peanuts” he is paid and build real humanitarian projects for the people of the Delta with it? Why does he not take his millions and construct free schools, buy free transport buses for students, procure water purification equipment for his people with it?

Rather he stores it in joint accounts you two own and you live in splendor while the Niger Delta people still suffer.

You were right, some people from the desert steal Nigeria’s wealth, but so also does your husband. And there is no difference, the northern thieves and southern thieves, you all are thieves and there are as many southern thieves as northern thieves. They say about thieves, it takes one to know one, little surprise you quickly recognize the northern thieves. We watched your shameless husband on Youtube declaring boldly that he even steals more than the peanuts, when he taps Nigeria’s oil directly from pipelines every day and sells oil to the masses. He was so ignorant and callous in the interview, he declared that ‘what is there, government sells petrol, I sell petrol even cheaper’.

He does not know that all the poor masses, north and south Nigeria to whom that oil belongs, their curses are on his head and that of his family per drop of oil he steals and sells. Nigeria owns the oil in our soil and offshore, not the Niger Delta. Stop being stupid. Your talk and that of your husband is treason. The average Hausa man on the street gains nothing from oil, nothing, except what he buys of it. Those who steal oil wealth are of all ethnic groups, north, east, west and south, the cabal that includes your family.  I promise you, if and when we breakup, the north will only have one path- better, while the south will be engulfed in wars by lunatics like your husband over power and wealth for centuries. I promise you this. Better be wise.

Asari and his type have been directly stealing 40% of Nigeria’s oil from pipelines and selling since time immemorial, and yet they try to fool Delta youth that it is the North that steals their money. We know what goes on in the south, There are many thieves like Dokubo, stealing our oil. And to add insult to injury, Dokubo collects a salary to protect what he and his ilk destroy.

Today I see that Dokubo has even stopped protecting Delta agitators. We know that the government kills anyone with a gun, Dokubo does not care, simply because he has a deal with the government. So anyone not from his camp in the amnesty program is not ‘his business’. We can go on and on about how useless and corrupt Dokubo has become, but what is the use? Any respect some of us ever had for Dokubo is now totally gone. Dokubo will soon be seriously disgraced, we still are reading the book of Nigeria.

What Mrs Asari said: Critics Of Payments To Ex-Militants Insane

“I want to clear the mind of some these northerners who never see anything good in Mr president pls stop boxing Mr president to a corner so that he will be at the beck and call of the north and forget that the Niger delta region has to be developed where the proceed of the resources used in running the 37 states including Abuja is gotten from. At the end of his tenure it is the same people who will come out and say your brother was there and he couldn’t do anything for the people of the Niger delta region. The Gej I know is a very kind hearted man and very intelligent he knows his onions pls let the cabal in the north and their agents, boko haram give him a chance to transform this country, their past leaders destroyed. In less than the next 2 years most you who are criticizing Gej will turn around and swallow your vomit
“People who are complaining about the pipeline jobs awarded to ex freedom fighters should go and re-examine the head if they are sane. You are questioning the owners of their properties why a peanut should be given to them compared to those who lived in the desert that don’t produce a spoon of oil, yet they control the resources of the Niger delta. They live fat and large from the proceed of oil in the Niger delta that they are now mad.

“What concerns a stranger with what I do with my property is it becos we the Niger deltans kept quiet for a very long time after the death of Isaac Adaka Boro? In fact all freedom fighters deserve huge oil blocks not pipeline contracts. Do you people know how many people these freedom fighters care and feeed? This pipeline job will cater for thousands of poverty striken families in the Niger delta. So those of you running your mouth should just shut your trap. Boko haram kill their people and strangers especially Christians they are demons so stop comparing Niger delta freedom fighters and boko haram I rest my case.”