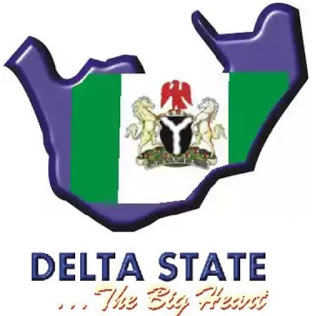 Presently now as I communicate you this information, many are trapped, and many killed with the accord of both the chair lady of Ndokwa East local government and perhaps with that of Delta state.

The mass killings, the genocide is still ongoing and many a times it happened with the connivance of those that suppose to provide protection to these people.

The source called my attention to Hon. Friday Ossai Osanebi the deputy speaker Delta state house of assembly shout-overs some few days ago, that a helicopter was seen supplying the Fulani Herdsmen with weapons and supplies in his local government area. Mr. Osenabi’s claims lead to a total patrol of the forest for days by military and police operatives but nothing incriminating was found on any peaceful Fulani living within the bush and no any imaginary helicopter was found. This is because It was a planned genocide.

Hon. Friday Ossai Osanebi is now a free man, the law should work on him rather, his un-substantial genocidal claims have led to the proclamation issued by his local government chairman, Mrs. Nkechi that led and continued to motivate young Igbo’s to kill any visible Fulani man and woman, young and old that passed their gaze. It is still ongoing and the federal government needs to take action because the state government seemed to be taken along in these massacres. Mr. Osenabi should be immediately arrested by the claws of the law and equally prosecuted for issuing wrong and concocted information to the authorities.

The proclamation to kill peaceful Fulani Herdsmen in Ndokwa East local government have already been put into effect, that is why the past existing peace in the area have been covered with the dust of war fought against innocent people. The friendly Fulani of Delta state are now taking cover in their shadows, they are chased, run down and killed mercilessly.

My source further told me that some Biafra Soldiers were hired by Mrs. Nkechi to rundown this peaceful Fulani Herdsmen in their houses (riga). After they attacked the Riga 6 innocent Fulani people were killed.

I equally would want to use this medium to call the attention of the Inspector General of police (IG) that information in circulation indicate that some bad eggs police personnel, some irresponsible ones amongst the many good Nigerian police have been said to be compromised. It has been rumored that the people who wore police uniforms and killed 9 Fulani people were some of these unpatriotic police officers who went and attacked a Fulani enclave. Information to some of these human right organizations further exposed the indiscriminate arrest of Fulani people in Delta state.

The issue of police attacking Fulani people to me could be just a hypothesis if proper investigation is conducted. On my part I rather saw it as some people wore police uniforms, went and terrorized and robbed some peaceful Fulani people but the second case may prove me wrong.

A Fulani family was born of a new baby and they took some of their cattle to the market, but on their way back to Asaba the vehicle they boarded was flagged down by some police officers conducting stop and search operations, after a search and money discovered with them, they were ordered to come down and the vehicle allowed to proceed with the rest of the passengers to their destination.

After they were locked up, the Fulani explained that they only went to the market and sold their cattle. The police still investigated by calling the man they sold their cattle to and his bank account searched to confirmed if what he told them was true and it was confirmed that what the three arrested Fulani people were saying was true after all, but they were denied freedom. The money was taken away from them and they locked at the police headquarters. When their father discovered and went to the station to bail his children, he was equally detained for days, released only after he pat away with 200,000 naira.

The issue in Ndokwa East local government is worst than we expect and the government must take all necessary action to stamp the genocidal killings going on in this side of Nigeria and brought to book those culpable.

Time should not be wasted in arresting Mr. Osenabi who started it in the first place and Mrs. Nkechi his accomplice.