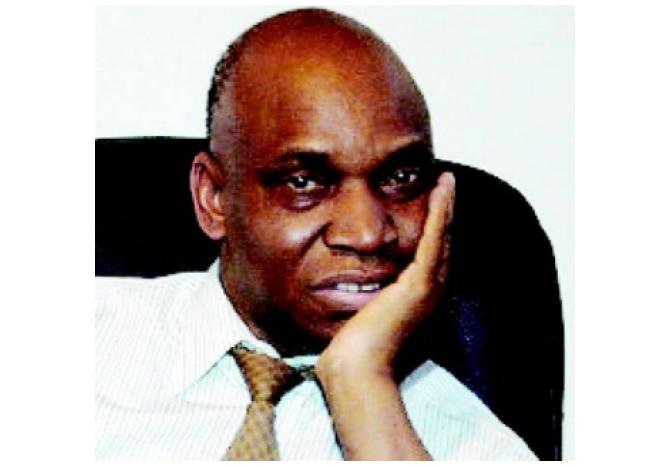 A jury in New York has convicted Nigeria-born lawyer and former Deeper Life Bible Church pastor, Ifeanyichukwu Eric Abakporo, on charges of fraud, and he could spend a maximum term of 30 years in prison when he is sentenced on November 12, 2013.

Abakporo’s co-conspirator, Latanya Pierce, who was also found guilty on all three counts, faces the same predicament.  She will be sentenced separately on December 9, 2013.

Last February, a grand jury of the United States District Court Southern District of New York indicted Abakporo and Pierce on the charges, and recommended that they forfeit to the government a wide variety of properties related to their offences, as well as a sum of money representing the approximate amount of proceeds obtained as a result of the offences.
The jury trial of the suspects took place on July 26 before Judge Shira A. Scheindlin, and the guilty verdict was rendered as early as 1:00pm.  Ms. Pierce is currently out on bail, but Abakporo was remanded in custody.

It would be recalled that the superseding indictment [Case 1:12-cr-00340-SAS filed on January 24, 2013] charged that between 2003 and 2012, Abakporo and Pierce, who owned or controlled several real estate-related businesses, worked together to defraud financial institutions and mortgage lenders, property owners, property buyers and others of real property, mortgage loan proceeds, and monies related to real property transactions.

In a previous indictment, the story was also told of how Mr. Abakporo defrauded a 78-year old American lady, swindling her out of her property.  “Through lies and deception, these individuals abused the trust of an elderly woman in order to perpetrate a multimillion dollar fraud,” New York State Attorney General Eric Schneiderman said, vowing they would face justice.

In May 2012, the federal prosecutor’s office announced the arrest of Abakporo and Pierce for swindling the elderly lady out of her apartment building and stiffing a bank from whom they fraudulently obtained a $1.8 million mortgage loan.

Previously, in 2010, Abakporo opportunistically sued SaharaReporters for $30 million because SaharaReporters reported a petition written by anonymous whistleblowers known as “The Patriots” about fraudulent contracts for renovations at the Permanent Mission of Nigeria to the United Nations in New York.

The petition had alleged that a company called St. Cyprian Properties was fronting for Ambassador Joy Ogwu, Nigeria’s Permanent Representative, and had benefitted from the questionable renovation projects.  “The Patriots” insisted the renovation contracts were inflated, and that the Permanent Mission had paid hundreds of thousands of dollars to St. Cyprian Properties for the work.

As the heat rose in May 2012 on the federal criminal charges for fraud which he faced, Mr. Abakporo abruptly dropped his $30 million libel suit against SaharaReporters.

Abakporo’s case calls to mind the recent judgement on another fraudulent Nigeria-born lawyer, Emeka Ugwuonye, who converted to personal use the sum of $1.55 million he received from the Internal Revenue Service (IRS) on behalf of the Embassy of Nigeria.

Giving judgement in that case on July 24, Judge Barbara J. Rothstein of the United States District Court for the District of Columbia ordered the rogue lawyer to pay to the Embassy nearly $2.2 million.