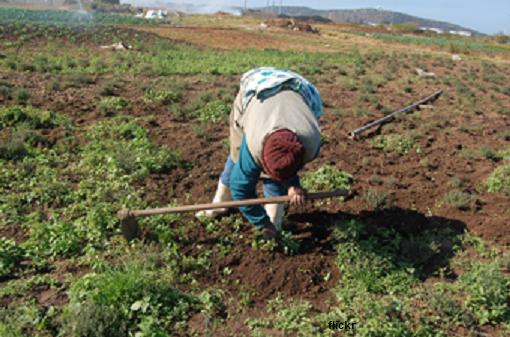 According to Wikipedia, deforestation is the process where is cut down without a simultaneous re planting for economic and social reasons.

Nigeria is home to 1417 known species of fauna and at least 4715 species of vascular plants according to figures from the World Conservation Monitoring Centre.

Although national parks and reserves have increased in the country only 3.6% of Nigeria is protected under IUCN categories I-V.

Deforestation all over the globe is threatening the sustainability of the environment but has had especially detrimental effects in Nigeria due to their high rates. Deforestation puts at risk all aspects of the environment, the economy and of the citizens of the country. As of 2005, according to world food and Agriculture Organization( FAO), Nigeria has the highest number of deforestation in the world. Between 2000 and 2005 the country lost 55.7% of its primary forests, and the rate of forest change increased by 31.2% to 3.12% per annum.

Forests has been cleared for logging, timber export, subsistence agriculture and notably the collection of wood for fuel which remains problematic in western Africa. The annual rate of deforestation in Nigeria is 3.5 percent. That is about 400 thousand hectares per year. From 1999 to 2010, the forest cover of Nigeria moved from over 17 thousand to just below 10 thousand.

A report compiled by Halen Basey of talk to Africa gave a cited example of deforestation  in Malunfashi local government of Katsina State. The villages suffers heavenly from deforestation and heave grazing of farms by animals of animal rearers. Also a data research and  report gathered by IRIN Nigeria in march 2008 – reported that it was believed that 35 percent of land under cultivation 50 years ago has been turned to desert in 11 Northern states.  They reported Kabir Yammama of national forest commission about 70 percent of environmental problems in northern Nigeria is from deforestation. Yammama said the population burns over 40.5 million tonnes of firewood each year which destroys over 400,000 hectares of forest. Environmental activists have been lobbying the government to create a Desert Control Commission and pass a federal bill to address desertification, but parliament has not yet taken action.

Desert encroachment is fast grabbing more lands in Nigeria. From 1901 to 2005, more than 200 villages were believed to have been engulf by desert in Nigeria’s arid north on account of climate change.

According to the Journal of Geography and Regional Planning, Nigeria’s average temperature has risen by 1.7 degrees celsius in the period between 1901 and 2005, with higher increases in semi-arid regions than in coastal zones. The consequence of this climatic anomaly for the Nigerian people is the combined threat from desertification in the north and coastal erosion in the south. In fact, the Sahara Desert is currently advancing southward at an estimated rate of 600 metres per annum. The severity of this trend is being enforced by a multiplicity of factors spanning from overgrasing to woodland abuse and increasingly unreliable rainfall, thereby putting the livelihood of ‘over 55 million people in 10 northern states at serious risk.’

Agriculture is accounts for close to 70 percent employment of Nigeria. Though commercial agriculture is not much practiced in Nigeria – using sophisticated mechanized farming system, yet local farming is still practiced through out Nigeria. In 1990, 82 million hectares out of the total 91 million hectares of land were arable, though only 42 million hectares were  utilized for agricultural purposes. Desert encroachment through deforestation has made significant damages to agricultural development in Nigeria.  Even though agriculture contributes about 32 percent of Nigeria’s GDP as of 2001, but still the sector is not receiving the required government attention and is under threat from deforestation and desert encroachment in Northern Nigeria. In 1999, Nigeria produces about 145 thousand tons of Cocoa – which is the major agricultural exchange for Nigeria, yet even the Cocoa’s maximum production is not harnessed as Nigeria is capable of producing 300 thousand tons annually.

Among other things aiding desert encouragement in Nigeria is the universal climate change, lack of sustainable and viable other means of domestic use of woods, and over grazing. Over grazing is the next factor after deforestation. There are about 15 million estimated pastorals in Nigeria. There are also over 80 million animals grazing in Nigeria. Nigeria officially has 415 grazing reserves but only one-third are in use, while the remaining 270 have been built on or farmed. At least 18 km of fertile land is required in every state for grazing animals. The government is also demarcating a 1,400km livestock route from Sokoto state in the northwest to Oyo state in the southwest; and another 2,000km route from Adamawa state in the northeast to Calabar in the delta region, said Maina. It has been noted by  Wilson et al., 1965, that as early 1960s, farmers in Nigeria where able to cultivate over 83 percent of lands in Northern Nigeria. In 2011, less than 60 percent  of the land is under commercial agriculture.

The government must move fast to save our land from desertification. A special ministry may be needed to tackle this great problem. A robust orientation on the dangers of deforestation should be carried out to save our forest.