Desertion Among Boko Haram Members Over Attacks On Civilians – Salkida 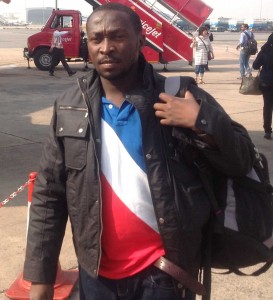 There is growing internal dissent and frustration among Boko Haram’s rank and file members, especially related to their attacks on Internally Displaced Person (IDP) camps, according to statements made to Ahmad Salkida.

According to Mr. Salkida on his news site, “there is a raging controversy within the rank and file” of Boko Haram “over its continued attacks on internally displaced camps and other indiscriminate attacks on poor communities in the Lake Chad area over the past months.” Mr. Salkida learned, from speaking with sources placed in the Boko Haram organization, that “many [have been] grumbling silently, some have openly voiced their opposition to the elusive Abubakar Shekau over these ‘unexplained attacks on the innocent.’”

It will be recalled that in the past month there have been several Boko Haram attacks targeting civilians, especially residing in IDP camps, killing more than one hundred. The change in tactical focus by the group correlates to the Nigerian military’s increased presence in the Northeast region Boko Haram controlled with near total impunity for several years, according to many analysts.

Since February 2015, the Nigerian military and presidential administrations of Goodluck Jonathan and Muhammadu Buhari have made significant progress to reclaim occupied territory from the terrorist group and recover significant weaponry or military hardware. Mr. Buhari announced that the military headquarters would be moved to Maiduguri, the capital of Borno State, to coordinate Nigeria’s offensive against Boko Haram.

Sources speaking to Mr. Salkida have said that there is division within Boko Haram’s ranks about the need to attack civilians in IDP camps. One reason to attack these civilians is because Nigerians living in these camps have fled to the protection and support of the Federal Government, which is in opposition to Boko Haram. According to one source speaking with him, “these refugees are seen by a segment within the group’s leadership as supportive of the government’s war against the group and therefore deserving of the group’s attacks.”

Other Boko Haram members believe attacking these camps, “shows nowhere is safe for these people and continues to pile pressure and embarrassment on the government.”

Mr. Salkida notes that “a growing number of the insurgents are unhappy with the way the original design of the group is fading out and it is increasingly being replaced by individual vengeful ploys instead of a campaign by doctrine.”

He has found that there has been “raging disquiet” among many Boko Haram members and some have deserted or left to fight in Libya and Syria. One deserter told Mr. Salkida that “I am convinced that the innocent that we killed in cold blood will change places with us on the day of judgment, they may find solace in the Lord and those of us that have not changed our ways, may burn in Hell.”

There have been increased reports in recent months of Boko Haram members storming remote villages and looting it of foodstuffs as well as suicide attacks on soft targets like IDP camps and markets.