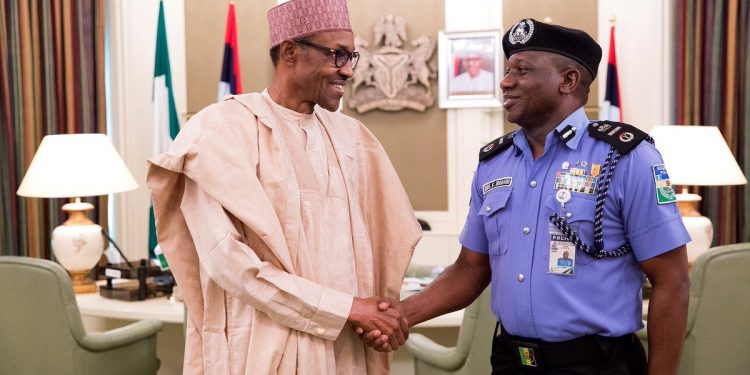 Almost two years after President Muhammadu Buhari’s order to the Inspector-General of Police to reduce the number of cops attached to dignitaries, the police authorities have not complied with the directive.

Daily Trust investigations have shown that policemen are still attached to dignitaries, private individuals and other public office holders at the detriment of the general public.

These police officers are permanently attached as escorts to these dignitaries, some serving as security details at offices, while other serve as guards at homes of the dignitaries.

In August 19, 2015, Buhari ordered the Inspector-General Solomon Arase to withdraw cops attached to dignitaries and redeploy them to regular police duties.

In a statement by his Special Adviser on Media and Publicity, Mr Femi Adesina, the president gave the directives at a meeting with officials of the Ministry of Police Affairs and the Police Service Commission at the Presidential Villa, Abuja.

Weeks long observations by our reporters show that the police authorities still deploy their officers in protection duties to well-to-do individuals and head of government agencies.

Some heads of federal agencies in Abuja are moving with an escort police car comprising of average of four armed police officers.

During the six weeks closure of the Nnamdi Azikiwe International Airport, Abuja and the routing of all flights to Kaduna airport, Daily Trust on Sunday observed that individuals were having police escorts.

Checks at Maitama and Asokoro districts of Abuja revealed that policemen were seen providing security at residences of dignitaries not officially entitled to such privileges.

Even at social gatherings, policemen were seen holding bags of spouses of dignitaries, thereby questioning the efficiency of the implementation of the directive.

The police authorities had refused to implement this directive even though it’s suffering from inadequate manpower.

Inspector-General of Police Ibrahim Idris said during an interactive session with journalists that the force was overstretched because “only over 300,000 police officers and men are managing 182 million people.”

The police chief said this ratio is far below other African countries like Egypt, with a population of 80 million and police strength of one million. The Nigerian situation is far below the United Nations’ 1:400 police-population ratio.

The force is hamstrung by poor manpower, the police chief said. “The last time Nigeria police did recruitment was in 2010. Many of our men have either died or retired in the last seven years,” he said.

This was earlier echoed by the chairman of the Police Service Commission, Mike Okiro, who observed that the country needed to have more than the 305,579 policemen and women which it has at present for effective policing.

The commission told President Buhari that the country is short of 19,500 police officers.

Okiro said out of the over 21,000 police officers who had retired including those dismissed and those who died over the years, only about 1,500 had been replaced.

“Over the years, more than 21,000 police officers have retired, some dismissed, some died in 2010 and today, of this number, only about 1,500 have been replaced, leaving a deficit of a very large number,” he said.

About one-third of the police population are illegally deployed as orderlies, escorts and guards to individuals not entitled to such privileges.

This was the disclosure made in the middle of 2009 by the then Inspector-General of Police Ogbonna Onovo in Abuja.

Addressing a press conference, Onovo said close to 100,000 policemen were at the moment illegally serving as guards to individuals who are not entitled to such privileges.

The police chief at that time ordered all such policemen working with individuals to withdraw and report back to their police formations within seven days or risk dismissal.

The police force has a total of 377,000 men and officers at that time.

“Most of the police escorts and orderlies were assigned illegally,” he said.

The Federal Executive Council in March 2009, directed the withdrawal of police personnel attached to Nigerians who were not entitled to such privileges.

“Heads of commands and formations whose personnel are involved are hereby warned to compile and forward the list of their returning personnel latest August 13, 2009. By this date, any policeman or woman who continues in such duty will be dismissed forthwith and delisted,” Onovo said.

Almost eight years after, both the police authorities and the dignitaries seemed to have defied this directives. The police officers remain on their illegal duties and they were never delisted and no dignitary was prosecuted for keeping a cop as escorts illegally.

The former police chief said police deployed to corporate organizations should stick to their professional duties.

“Policemen attached to companies, banks and other establishments as guards must not be found doing works other than what they have been assigned for,” he said.

He said a special police squad will be formed to monitor places including highways, airports and offices to arrest any police officer acting as escort or orderly to individual not approved by the government.

Several attempts to obtain comments from the spokesperson of the force headquarters, Mr Jimoh Moshood, were not successful.

He neither picked several calls nor replied to a text message requesting for his reaction.

When this reporter called yesterday evening, a man who introduced himself as P.A to Mr Moshood answered the call, saying the spokesperson was “too busy now.”