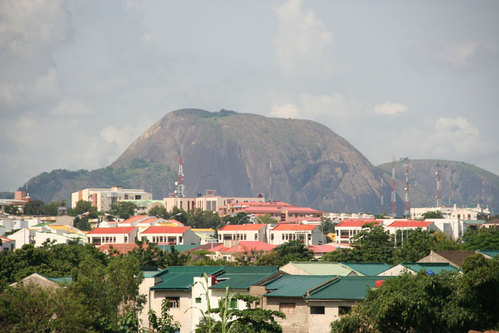 In recent times, the arguments for and against the devolution of power or proper restructuring in Nigeria has gradually become a national debate attracting different reactions from concerned Nigerians from all walks of life (lawyers, economists, parliamentarians, politicians etc). There have been many schools of thought on this issue but one aspect yet untouched is the cultural implications and it is very important that it be brought to the front burner.

Culture according to Kim Ann Zimmermann is defined as the characteristics and knowledge of a particular group of people, encompassing language, religion, cuisine, social habits, music and arts. This article seeks to throw more light on the increasing number of endangered languages in Nigeria and how the possibility of devolution of power or proper restructuring can help to remedy this issue.

According to the United Nations Educational, Scientific and Cultural Organization (UNESCO), about half of the over 6000 languages spoken worldwide today will be extinct by the end of this century. Worrying as this may seem, in Nigeria the number of endangered languages is on the rise. In 2014, Prof. Chinyere Ohiri-Aniche, the president of Linguistic Association of Nigeria (LAN) during the UNESCO International Mother Language Day Celebration disclosed research showing that on the average, 25% of children below 11 years of age are unable to speak their parent’s indigenous language and if not checked could lead to the extinction of many Nigerian languages in 2 or 3 generations.

It is true that the sole responsibility of preserving one’s language is not only that of the government; as a matter of fact the family is the first institution that should champion this cause but we cannot over-emphasise the importance of government’s support in this quest. In countries like the UK (through the British Council), Germany (Goethe Institute), France (Alliance Francaise) etc, we have seen the important role that government’s intervention has played in the preservation and continuous existence of their respective languages.

In Nigeria, there have been some efforts by the central government in addressing this serious issue; unfortunately these efforts have had little or no effect on Nigerians both at home and in Diaspora. Recently, the Minister of Science and Technology, Dr Ogbonnaya Onu announced plans by the Ministry in collaboration with the Ministry of Education to introduce the teaching of Mathematics and Science subjects in indigenous languages (a brilliant idea I must confess). This plan leaves me with more questions than answers like will it cover all the indigenous languages in Nigeria including pidgin English (because whether we like it or not, there is a fast growing population of people who communicate on a daily basis in pidgin English; thereby giving it an identity of itself) or will it cover only the so-called “3 major languages” (Hausa, Igbo and Yoruba)? What kind of linguistic training will these teachers have or have they undergone? (Everyone speaks English but not everyone speaks good English).

Spain proves to be one of the good examples showing how devolution of power or proper restructuring can preserve endangered languages. The Spanish model for devolution of powers from the central government to a system which includes Autonomous Communities successfully helped in the preservation of regional culture, language and identity of particularly people of the Basque Country and Catalans.   Success has also been recorded in countries like China (Hong Kong), Iraq (Kurdistan region), Mexico and Ukraine to mention but a few. Of course Nigeria cannot adopt their system hook, line and sinker but we can learn from theirs to fashion out what suits us best.

It is very pertinent that this issue be addressed properly because tendencies are for the so-called “big” languages to swallow the smaller (languages with a small number of speakers) ones. This is evidently present today, for example the old cliché that people from the northern part of Nigeria all speak Hausa has endangered quite a number of indigenous languages there, while indigenous languages in the southern part of Nigeria has the rise of the pidgin English (which has spread to neighbouring countries like Cameroun, Ghana etc) to contend with.

Personally I have had the opportunity of meeting some young people in Nigeria who unfortunately have fallen prey to this problem without any knowledge of their true cultural identity and if not properly addressed in time may lead to Nigeria inheriting similar cultural sins to that of the French policy of assimilation in Francophone West Africa.

Henry Okafor writes from Lagos State, Nigeria and can be reached via email: [email protected]