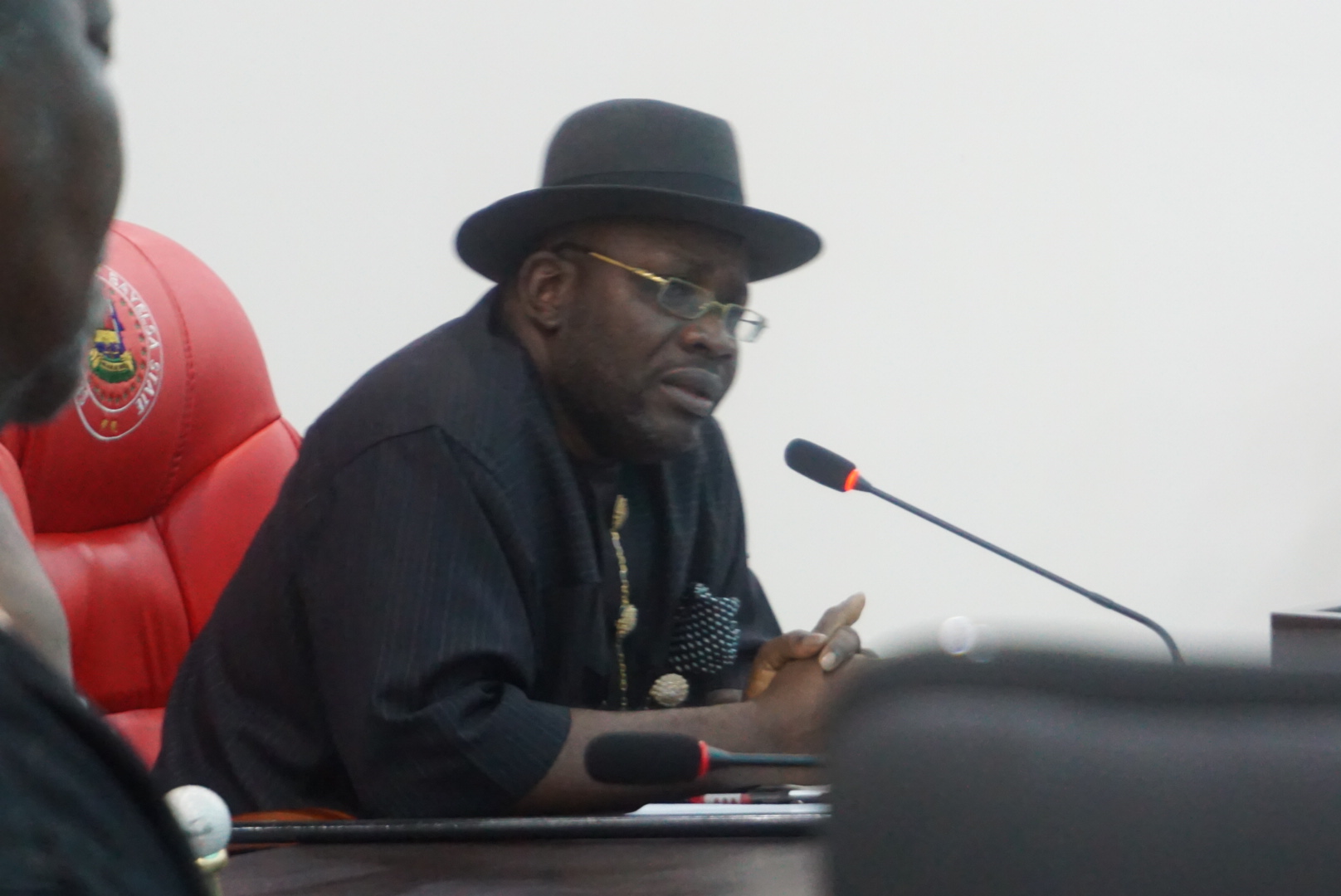 The Governor of Bayelsa State, Honourabke Henry Seriake Dickson, has commended the ruling All Progressive Congress APC, on its far reaching recommendations on the issue of the proposed restructuring of the country.

Dickson said that the recommendations had further strengthened the agitations for true federalism and resource control in the Niger Delta.

While calling on the APC to be sincere with the implementation of the recommendations, Dickson said restructuring Nigeria would calm frayed nerves and strengthen the nation’s unity.
However, the Governor called on the leadership of the APC to ensure implementation of the recommendations of its committee on restructuring before the conduct of the 2019 General elections.

According to him, implementing the report before 2019 general elections was the true test of the sincerity of the APC on the recommendations.

The Special Adviser to the Governor on Media Relations, Mr. Fidelis Soriwei, quoted the governor as having made the comment in an interview with journalists on the recommendations of the APC’s Committee on Restructuring led by Governor Nasir El Rufai òf Kaduna State in Abuja on Friday.

The El Rufai Committee had recommended state ownership of onshore mineral resources including oil, state control of police, prisons among others while presenting its report to the leadership of the APC on Thursday.

Dickson said that he had to commend the APC for the recommendations on restructuring which he said came from an unexpected quarters some of whose leaders had opposed the calls to restructure the country.

The Governor said that what the APC committee did in its recommendations was the most fundamental of all the approaches to the burning issue of restructuring in the best interest of the country.

He stressed that as a politician driven by conviction, he had to commend the APC on its bold recommendations on restructuring because it was right and worthy of appreciation.

He said, “This development came from an unexpected quarter on a matter that is dear to us; the subject matter of restructuring to address the inequalities in our country. Yesterday, El Rufai, who chaired the APC committee submitted the report; While it is true that we are dealing with a proposal, this is coming from an unexpected quarter, and in the light of the opposition to restructuring from some leaders, I thought that what the APC did was unexpected.

“Let me start by commending the committee and the leadership of that party for making what I will call the most fundamental proposal dealing with the issue of restructuring. This is very refreshing, and for me, when I see what is right, I commend it; when I see what is in the best interest of our country, I commend it because my politics is driven by conviction, not convenience.

“With the kind of proposals that they have done, I thought I should appreciate their patriotism and commitment to building an equitable and prosperous Nigeria.”

Dickson further called for the establishment of a multiparty committee to work out the final details for the executive arm to sponsor a bill to the National Assembly.

He stressed that there was need to mobilize national consensus to engage the National Assembly in order to ensure the implementation of the core issues raised in the report before 2019 general elections.

“I want to say that at this time, if we are all sincere about the injustices, and inequities, then I call for a multiparty committee to deal with the final details of the issues, the issues of the police, the judiciary and the control of land. We need a multi party committee to discuss and agree and work on draft legislation bills that will be jointly sponsored at the NAS.

“ALL of us needs to mobilize national consensus to engage the National Assembly so that we can drive all these issues, before the next election. That is the test of sincerity.”

Dickson said that he would intensify consultations across party lines to work towards the actualization of the desired implementation of the report.

When asked if it would not be late to implement the report before the elections, the governor said that the APC which controls the two chambers of the National Assembly and most states of the Federation could restructure the country before the 2019 elections.

He challenged the APC to prove doubtful elements in the country wrong by putting in place the right measures to implement the report stressing that he and others were ready to partner with them on the critical issue of restructuring which could only become a reality when the National Assembly had passed the law.