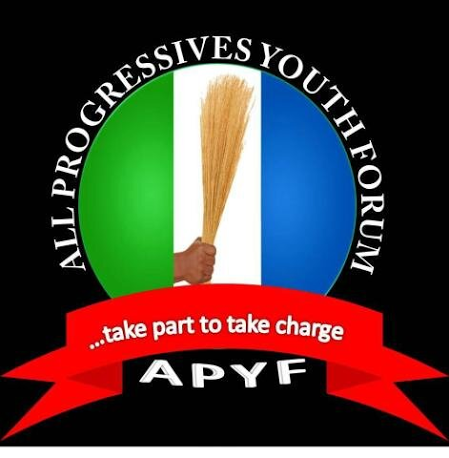 The Lagos State Chapter of the All Progressive Youth Forum (APYF), has expressed its deep sympathy for the over 200 Nigerians who lost their lives in the bomb blast that occurred early yesterday morning in Nyanya, a suburb of Abuja.
In a statement released on Monday, April 14th in Lagos, the group condemned in very strong terms the terrorists who carried out the heinous act and the federal government under whose watch thousands have been murdered in recent weeks.
“Our thoughts are with the many bereaved, who must be in immeasurable sorrow at this time,” the statement reads.
“We are deeply saddened that citizens who left their homes on Monday morning in search of daily bread for their families were ruthlessly cut down by explosives. We pray the families and friends of the dead find solace.
“Furthermore, we condemn this Abuja bombing in the most extreme terms possible. It is perplexing that ordinary Nigerians, who have been the victims of many decades of awful leadership, are the target of these mindless killers. Whatever did the common man do to deserve such hate and anguish? Would our pain bring these terrorists satisfaction? How did we become the enemy when all we are trying to do is make the best of the terrible economic situation that Nigeria currently finds itself?
“The terrorists must know that they are only raping a serially abused victim. We have been perverted for too long by inhumane leadership for us to be the focus of these bombings, shooting and beheadings. If you must fight, direct your anger at the appropriate quarters. Stop feasting on our flesh and drinking our blood.”
The statement went further to blast the leadership of the country for failing at its primary role of protecting the lives and property of its citizens. The APYF wondered the use of a government that is clearly incapable of providing passable security.
“With today’s bombing, it is clear that the Goodluck Jonathan administration is totally clueless about how to tackle this problem of insecurity. The law enforcement agencies are either killing defenseless Nigerians for no just cause, arresting and torturing people for using social media to expose their ineptitude or losing detainees in jailbreaks. There seems to be no clear strategy on how to tackle terrorism nor is there any indication that lessons are being learnt from the many incidents that has occurred.
“For instance, it is globally known that terror attacks happen in multiples. This has been the tactics deployed by terrorists groups in the Middle East and parts of Africa. Therefore, all public places should have been secured after the bombing. There wouldn’t have been rumors of a second attack if this simple step was taken. Also, citizens should be educated on how to react in situations like this. The likelihood of a secondary explosive around the first is very high.
“Our emergency services too must be trained to be far more proactive. The creation and maintenance of a blood donors’ database is critical because of incidents like this. There should also be room for volunteers, who should be trained to pitch in when disasters occur. These will foster more unity amongst the citizens.”
The APYF called all Nigerians to be more security conscious and politically aware. It said the “Mistake of 2011” should not be allowed to repeat itself.
“The shoelessness that has led us to the present cluelessness is an aberration that must not be repeated. The bet placed on the PDP in the last general elections was a bad one. They made no promises and woefully failed us. No nation deserves to be as misled as we currently are.
“2015 is another chance to get it right. No bomb should stop us from making the best choice. Only the best of us should lead the rest of us.”