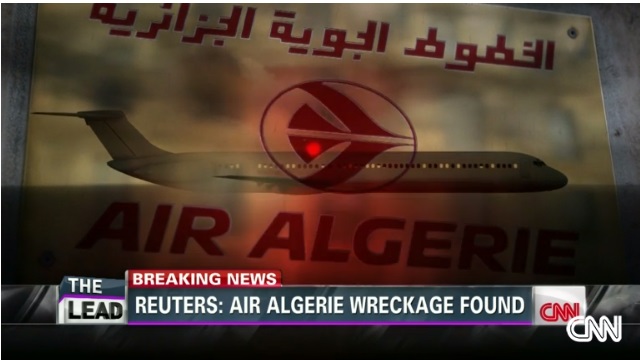 Wreckage of an Air Algerie jet was found in a “disintegrated state” in northern Mali, France said Friday, making it the third major international aviation disaster in recent days.

Flight 5017 was carrying 116 people when it took off early Thursday from Burkina Faso en route to Algeria.

Less than an hour into the flight, it disappeared from radar after changing its flight path because of bad weather, French Foreign Minister Laurent Fabius said.

The plane’s wreckage was found in Mali’s Gossi region, not too far from the border with Burkina Faso, the French President’s office said in a statement.

Radar contact was lost 50 minutes after takeoff from the Burkina Faso capital of Ouagadougou, Fabius said. The aircraft was supposed to arrive later that day at Houari Boumediene Airport in Algiers. Mali is between the two nations.