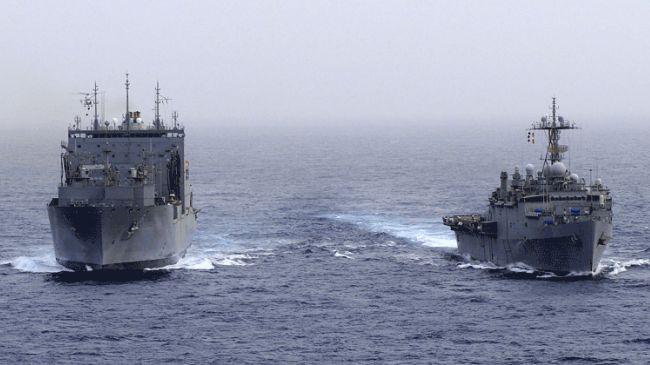 The US navy has dispatched two guided missile destroyers and a 50-member marine unit to the Libyan coast.

A senior US official, whose name was not mentioned in the report, said on Wednesday that the USS Laboon and the USS McFaul “are going to be in the vicinity of Libya but only as a precautionary measure.”

On September 11, US Ambassador to Libya Christopher Stevens and three staff members of the US consulate were killed in an attack on the consulate building in the city of Benghazi.

Meanwhile, Pentagon spokesman George Little said precautionary steps taken by the US military were “not only logical in certain circumstances” but also the “prudent thing to do.”

The US consulate incident took place after a group of people held a demonstration against an anti-Islam movie produced in the United States.

In Egypt, a similar demonstration was also held on September 10.

Thousands of Egyptians gathered in front of the US embassy in Cairo, scaled the walls of the embassy, pulled down the US flag, and called for the expulsion of the US ambassador to Egypt.

Washington has been evacuating most of its diplomatic staff from Libya to Germany following the attack.

US President Barack Obama has also ordered diplomatic missions in other countries to step up security.

Outrage is growing across the Muslim world over the $5-million movie that was financed by more than 100 Jews.