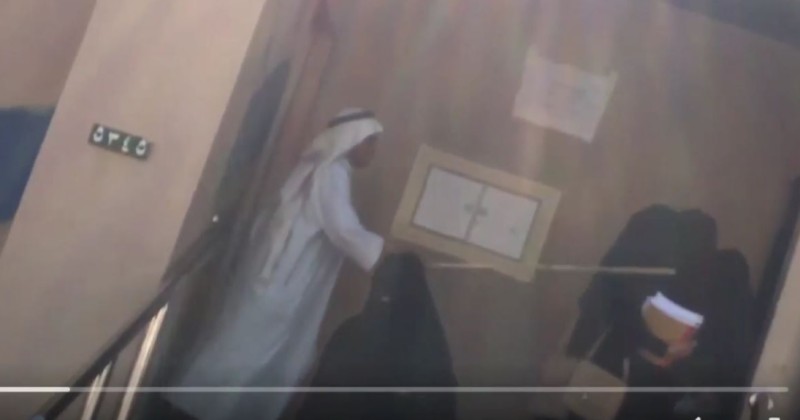 A disturbing video out of Saudi Arabia shows a man with a stick literally herding veiled young Muslim women with a stick as they wait for their male guardians before being allowed to leave.

The clip shows a man allowing some students to leave before he orders the others to return indoors by banging a stick against a mental hand rail. At the end of the clip he appears to strike one of the women on the head with the stick.

According to a Saudi feminist who posted the video on Twitter, it shows a high school guard fulfilling his duties, which include making sure the students are always fully covered and ensuring “women are caged until their guardians or drivers come”.

“Every girl in high school and college has a man outside ‘protecting’ them. Preventing them from leaving with unrelated men,” she added. “When I was a rebellious teenager, I use to take off my veil when I reached my car. This usually pissed off the guard and he use to report me.” – Paul Joseph Watson