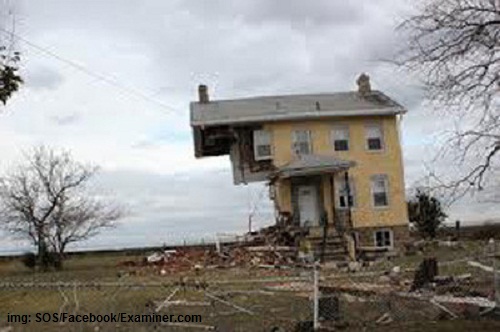 NewsRescue– Statistics are showing a greater and greater decline in people who believe in God across the world. This as atheists, agnostics and non defined disbelievers become more aggressively obvious.

A recent Gallop poll titled “The Global Index of Religiosity and Atheism” which included over 59,000 people from 57 nations, with each person asked the question “Irrespective of whether you attend a place of worship or not, would you say that you are a religious person, not a religious person, or an atheist?” Gave results which showed that alongside the 59% “religious”,23% define themselves as “non religious”; 13% as “atheists” and 5% “without definition.” This was a 9% drop from 2005 poll.

A CNN panel this year discussed on why “many were doubting God existed.” The video is at the bottom of this page.

But this brings about a very interesting facet of this article. Whoever has been paying attention to CNN among other main stream media in recent years will have definitely noticed that they post articles denying and jesting God, religiousness and faith with dedication.

It is almost as though there is a purposeful agenda to slowly but steadily discredit religion and promote a state of global lack of belief. CNN has published articles like, ‘how do you visualize God,’ in which they presented examples where people painted God in their heads as all sorts of funny things.

They post articles like- CNN: Searching for God, settling for sex. You just need to visit their “belief blog,” to see, once you pay attention you will recognize a deliberate campaign.

The point is, the decrease in belief in God is no accident. There are those who profit from and favor a world where belief in God is minimal and belief in material, maximal. These people are called, Materialists. They are the ones who sell you insurance and re-build your buildings after hurricanes strike. They are the ones who sell you newest model cars, new season clothes, smarter smart phones, higher ram computers and LCD, HDTV’s you do not need.

Evolution: Do you believe in evolution? Perhaps you said yes. Then the next question is,- do you believe in the Adam and Eve story of Creation? This subtle, and often not noticed conflict in belief automatically pits one center of your brain against the other. Evolution coincides with materialism. The “survival of the fittest” principle of evolution is the bases of the wars we have all over the world today. Terrorists are disbelievers in God, they fight a Darwinist battle for the “survival” of their clan, their piece of land. Their purpose on earth is evolutionary and not one to seek, find and please God. The quest for global oil and all the wars related and the pollution of oil and its exploitation, this is Darwinism. Selfish struggle for survival.

Every year, millions of students across the world graduate from schools indoctrinated in the belief that it is only natural to war to survive. That those who apologize and back down are a branch of the species to soon be wiped out. They believe that God did not orchestrate the formation of Earth and life on earth, but that accidents are god, that accidents led to the formation of earth and that their lives came about per chance from an Archaea ancestor and not by glory and through Adam.

They balance this Darwinist doctrine in their heads, merging it with their so-called belief in God, till their belief in God drops off without them really noticing it. They engage in terror, they shoot-up movie theaters, kill their children, wives and self when the economy goes south or just for the fun of it. And all through this, the link with the indoctrination with disbelief is never assessed. Related: NewsRescue– Nonreligious terrorism on the rise

What do you think of these? This is another area where things are turned on their heads. What is “nature?” Nature is a word conveniently used to replace “God.” And when an intellectual head to nature is desired, “Mother nature,” is applied.

Why pray to God for it to rain – that is dependent on nature and mother nature. And likewise, why pray to God to forgive you for your sins and protect your home and property as He did Noah, when the storm or earthquake comes? “God has nothing to do with this, this is a nature- event.”

That’s what you hear on the TV, radio, and from the government. There is no place for God in this society again. And it is not by accident, it is on purpose.

You bought a new house, why bother having a celebratory prayer on it? Just have a party, there’s no need to pray for protection, nature will do its bidding regardless and may sweep your house away 15 miles if it pleases. It’s not about God any more, God does not protect. Do you have insurance?

This is the new way of the world. Those who still believe in God, well, the truth for many is, if the question is asked right, they hardly actually still do believe in God. At least as far as the earth is concerned in reward and punishment, we have taken God out of the equation. Nature, the law and the Lotto is lord.

CNN recently published an article, of course, denying Gods role in the winds,- CNN: My Take: God no longer in the whirlwind. Does any one doubt the power of the media? The media is on a mission, and with all our personal-prosperity loving priests, who all rather enjoy their time preaching to get cash out of the masses’ pockets and lavishing in private jets – Jesus rode a donkey, the irony of it- than restoring the basic tenets of belief in God; the media will soon complete their mission to de-God-ify us.

GenerationDoom a friend of mine calls it. The next generation of youth; then these youth in leadership positions of this same world, a youth brought up with no knowledge of God. Survivor youth, indoctrinated in evolutions principles of “survival of the fittest,” with their hands on the nuclear trigger. Any one say, Medvedev, Obama? The youth, Facebook fathered, Twitter mothered, Nature is god. Material is king.

We are almost there, if we aren’t already. May day!