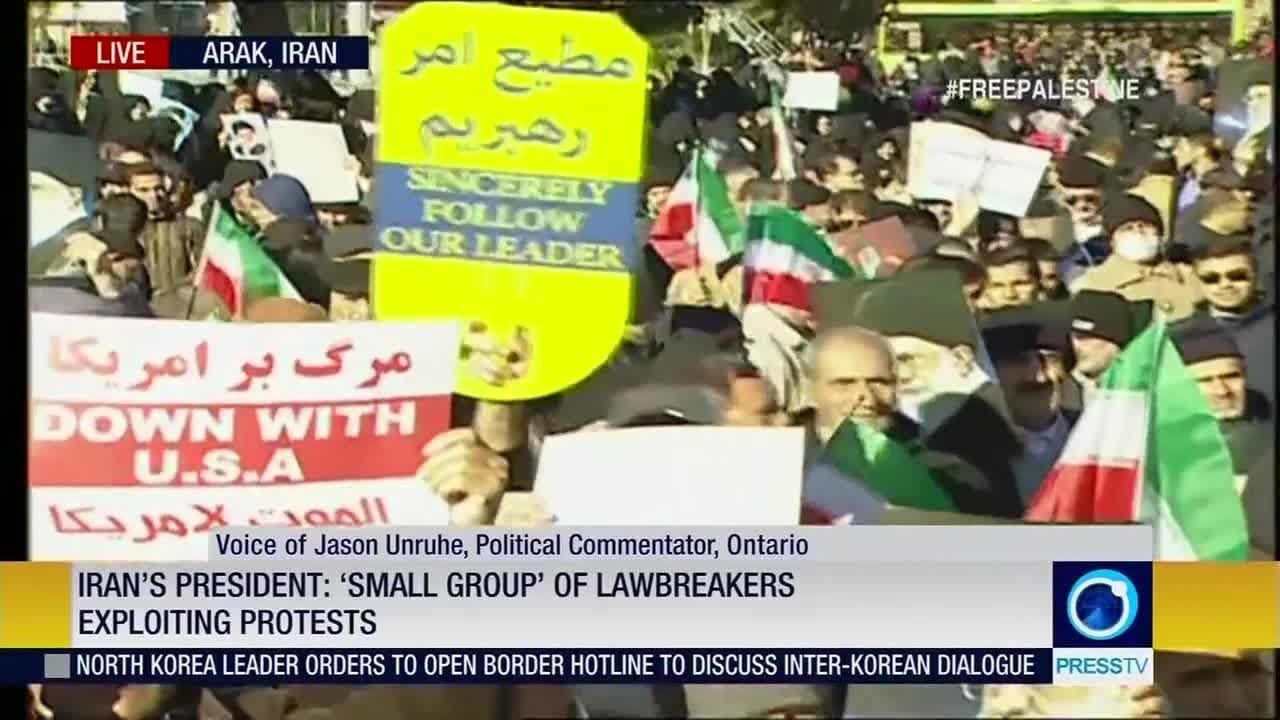 US President Donald J. Trump’s inclination to withdraw from a three-year old international agreement that curbs Iran’s nuclear program is likely to strengthen the country’s hardliners even if the withdrawal would put responsibility for mounting economic and social discontent squarely on the shoulder of President Hassan Rouhani’s government.

That is the conclusion from a public opinion poll that shows widespread support for Iran’s nuclear and missile programs, deep distrust of Mr. Trump and the United States, and rising criticism of a government that has failed to raise standards of living, get management of the economy right, and fight corruption.

Iran scholar Esfandyar Batmanghelidj suggested that, taken together, responses in the poll to the nuclear issue and the economy revealed the “economic roots of a new-anti-Americanism” in one of the few Middle Eastern countries where public perceptions of the United States until the rise of Mr. Trump had been largely positive. Tehran and Tel Aviv were the only two major Middle Eastern cities that reacted to the 9/11 attacks in 2001 in New York and Washington with pro-American demonstrations.

Mr. Batmanghelidj said anti-Americanism was increasing because of perceptions that the Trump administration had failed to fulfil its obligations under the 2015 nuclear agreement negotiated with Iran by the United States, the European Union, Russia, China, Britain, France and Germany. “The very idea of diplomacy is being defeated,” Mr. Batmanghelidj said.

More than 80 percent of those surveyed concluded that relations with the US had not improved as a result of the agreement, a stark increase from the 55.7 percent polled in June 2016. 69.2 percent described Mr. Trump as completely hostile towards Iran as compared to 49.6 percent in December 2016.

Some 60 percent asserted that the US had not lifted all the sanctions it was obliged to wave under the agreement, up from 24.5 percent in June 2016. In perhaps one of the more startling responses, the number of Iranians who had an unfavourable or somewhat unfavourable view of Americans rose from 45 percent in July 2014 to 54.5 percent in January of this year.

Three quarters of those surveyed by IranPoll have soured on the nuclear accord. Despite approval of the agreement dropping only 12 points from 87 percent in 2009 to 75.3 percent in January, the poll suggested that a significant majority favoured a hard line on nuclear issues although support for military applications at a mere 1.9 percent was miniscule.

Support for the nuclear accord dropped from 76.5 percent in 2015 to 55.1 percent in January, indicating mounting disillusionment because of the agreement’s failure to produce tangible economic benefits for a majority of the population. That perception was evident in the fact that the sense of lack of economic benefit remained static with 73.8 percent saying in 2016 that they had seen no upside and 74.8 percent expressing a similar sentiment in January.

The 103-question poll raises the question of how the jellying of Iranian foreign, defense, and economic policies will play out. The poll suggests that the public is likely to rally around the Iranian government in support of its refusal to bow to Mr. Trump’s demand for a renegotiation of the nuclear accord.

The question whether the government can address economic and social grievances that recently erupted in widespread anti-government protest is likely to influence attitudes towards the United States as well as the EU that has yet to put flesh on its skeleton of opposition to US tinkering with the nuclear accord.

The EU has so far refrained from putting legal protections in place to protect European companies that invest in Iran against US secondary sanctions should Washington decide to withdraw from the nuclear accord.

Iranian government officials insist that they have heard the complaints expressed in the recent protests. “Growth has not been inclusive,” admits Ali Taiebnia, Mr. Rouhani’s senior economic advisor. Mr. Taiebnia added that “those in charge have heard the message.”

Discussing the Iranian economy, Mr. Taiebnia projected signals of potential change as routine rather than as a response to the protests. He described efforts to reduce the role of the military and the Revolutionary Guards in the economy except for construction as a policy that was being developed for the past three years. Businesses associated with the Guards are believed to account for 15 percent of Iran’s gross domestic product (GDP).

Iranian Supreme Leader Ayatollah Ali Khamenei appeared last month in the wake of the protests to put his weight for the first time publicly behind the initiative.

Mr. Taiebnia said an initial study had concluded that “the role of the military in the economy has been exaggerated,” but conceded that a commission had decided that it (the armed forces and the Guards) should withdraw from the services, finance and manufacturing” sectors.

Mr. Taiebnia appeared to downplay this week’s rejection by parliament of the government budget that Mr. Rouhani presented in December on the eve of the protests in a speech in which he focused on corruption. “It’s not important. It will be re-discussed and most probably approved,” Mr. Taiebnia said.

Parliamentarians insisted that the budget needed to address issues such as employment and poverty. The budget’s proposed slashing of cash payments to tens of millions of Iranians was one reason parliament rejected it.

The long and short of the poll’s results is that Iranians are increasingly pessimistic about their economic prospects and that Mr. Trump’s belief that he can force Iran to make concessions on its missile program and support of groups in Lebanon, Syria, Iraq and Yemen and possibly incite Iranians to revolt against their government could backfire by altering public perceptions of the United States and possibly Europe.

A European move to ensure that it can abide by the nuclear agreement even if the Mr. Trump withdraws could focus Iranian anger exclusively on the US. Some 60 percent of those surveyed expressed confidence that Europe would live up to its obligations.

Perhaps the most troubling poll result is the fact that 67.4 percent of those surveyed concluded from the experience of the agreement that “it is not worthwhile for Iran to make concessions, because Iran cannot have confidence that if it makes a concession world powers will honour their side of an agreement.”

Dr. James M. Dorsey is a senior fellow at the S. Rajaratnam School of International Studies, co-director of the University of Würzburg’s Institute for Fan Culture, and co-host of the New Books in Middle Eastern Studies podcast. James is the author of The Turbulent World of Middle East Soccer blog, a book with the same title as well as Comparative Political Transitions between Southeast Asia and the Middle East and North Africa, co-authored with Dr. Teresita Cruz-Del Rosario,   Shifting Sands, Essays on Sports and Politics in the Middle East and North Africa, and the forthcomingChina and the Middle East: Venturing into the Maelstrom