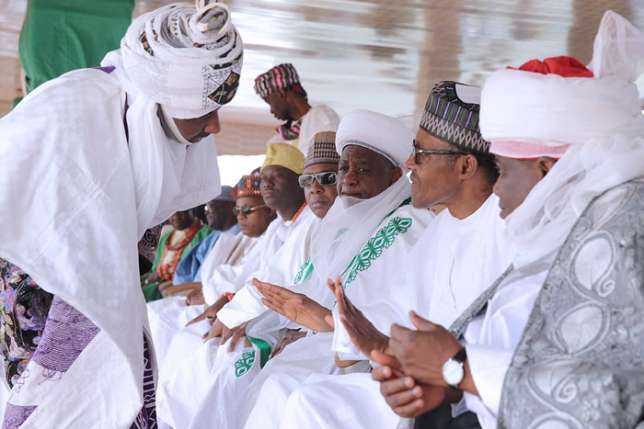 A bad precedence is being set, a bad example for the youth has been inscribed on the tablets of history, a history that would define the future is been written with a black indelible ink, an ink that would stain the history book due to its promotion of inequality in the face of justice.

We were all spectators when they claimed to probe the financial indiscretion of the Kano emirate council, a probe believe to be indirectly compassed on the emir’s stool, a stool occupied by a former financial expert who knew fully well about the importance of financial prudence in finance management.

The money in question is huge, the reckless spending of more than 4billion naira was the crime, the amount in question equals the worth of 4000 millionaires at 1million naira each. That notwithstanding is not our qualms or our worry but the process of selecting who is guilty or not is our concern, the law is seemed blind here because it chooses who is to be punish or let up the hook not minding the level and intensity of the crime committed but who is involved. Why would the law remain blind? Why would the law discriminate against the rest of us unjustly? 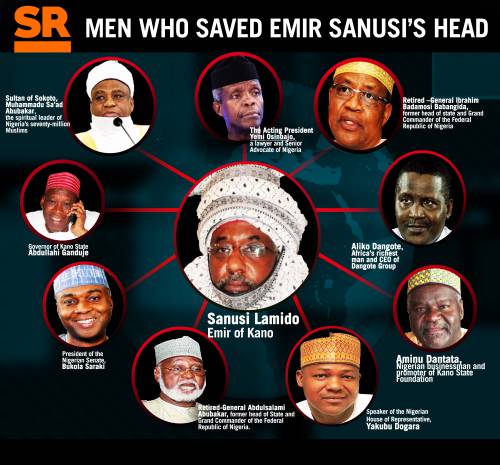 These days, we are awash with the news of so many poor people going to prison, some because they steal food items to feed their families, others are put behind bars for a peanut crimes, but Emir Sunusi is today escaping justice because those who chooses who is to be free or incarcerated have set him free.
We believed the law should do justice to everyone, but today the law chooses to be blind because the personality involved  is above the law.

Many questions continue to ring a bell in our heads, we cannot fathom why we all are unequal in the face of the law, why would the law choose who to unjustly consider for punishment for committing a crime and who to set free no matter the intensity of his crime, these are the questions that will define the history been written, this is the yardstick that may be the equation for defining the future.

This double jeopardy of the law desecrate our freedom, it equally empowers our suspicions, that the law is not and will never be equal in the face of equality, or better still we are never seen as equals in the face of the law. The law as operated is meant to discriminate against us, that we the rest of the innocents will not see the light in the tunnel of justice, that the rich and the powerful are free to commit any crime without been punished.

The law has given the Emir of Kano a window to escape justice while we the helpless are now been punish for crimes we didn’t even commit. What sought of a country are we inn? Why must the law choose who to punish and who to help escape justice?

It all started when the Emir talked from both sides of his mouth, though he talked for the benefits of the poor, but how sure are we that the Emir ment what he was saying, we all expected him to set good example by working behind the scene on behalf of the poor but the Emir chooses to promote double standard by preaching what he did not practice.

The Emir spent the emirate’s finances on internet subscriptions and other un-imaginable expenses, we expected him to spend it on the poor and the less privileged but today he preached the opposite of his actions, this is not acceptable, this is not a good example for us the youth who are believed to be the leaders of tomorrow.

When Ghali Umar Na’abba as the then speaker of the national house of assembly wanted to impeach former president Olusegun Obasanjo on valid reasons against the law, Obasanjo knelt down and begged for mercy, some people even said he cried for mercy but when the mercy seemed not forthcoming, he ran to the same people who normally decides who the law punish or who to forgive no matter his  guilt.

The Emir once said that the northern part of Nigeria will never develop, that we will remain poor, that northern Nigeria will never see the light in the tunnel, he even emphasised on our lack of infrastructural development, but as the Emir spoke, the kano state governor was already in China discussing on the $1.8billion loan to modernise our railway system, but the Emir chooses to castigate the governor, that his efforts are a waste of resources and a misplacement of priority, that a railway modernisation is not our priority, but the question here is, how then can we became like Malaysia or Singapore or Dubai that the emir said we will never be if we dont pursue modernisation at the time it matters, as history have shown us that those perceived as been developed pursue development when it did not matter to the rest of the world.

The issue of purchase of two cars worth more than N300 million for the emir baffled us, these cash is worth making 300 millionaires if used prudently, but Mr Sunusi chooses to spend it for his own comfort, it leveled that an airconditioned cars with a TV screen is a worth for an emir while the poor continued to eat sand as food, the money is enough to feed some thousands of the helpless for a year.

The Kano state governor have since shaken his buttocks due to some pressure to let the emir land softly and the governor have already released a statement, that the emir is forgiven for his financial indiscretion. What kind of example is been set here? why should we the youth be different when our time to provide leadership comes.

I’m one of those who campaigned for the Emir to be  enthroned at the beginning, believing that his sound knowledge of western and Islamic education is unequal, but I was wrong, I was wrong because the fear God almighty, the mighty God that we all worshipped would have made the emir sacrificed the worldly for the hereafter, just like his grandfather Sunusi Lamido 1 did, but we were all left in the cocoon of our thinking that this Emir is a modern Emir that will surely promote probity but we were all wrong, we were all blinded by the $20billion un-remitted funds saga, that the Emir will talked in the face of oppression, that he will never let us down as he now did.

Now, the double face of the law have been exposed, that those always punished are the degraded in the society, that those with a silver spoon will always escape justice.