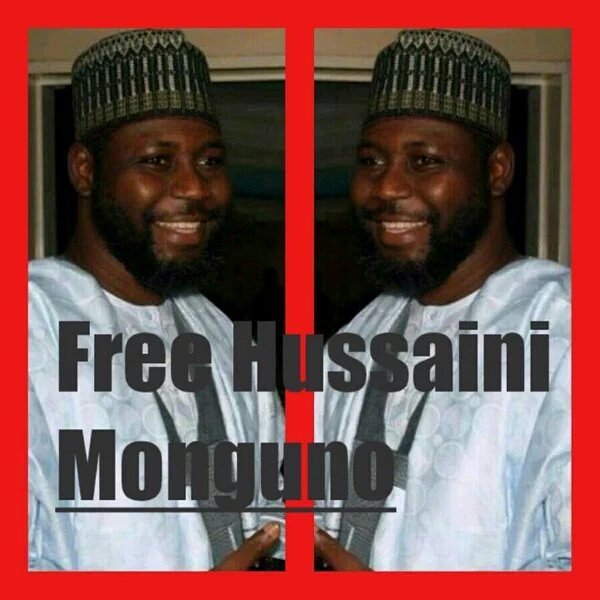 The Department of State Security of Nigeria has finally opened up on having arrested a prominent Borno son, rtd. Colonel Hussaini Monguno after activists campaigned for the government to #FreeHussainiMonguno.

According to the DSS, Col. Hussaini Monguno and two others,  Usman Ahmed Danmallam, Nura Shehu Lawal Giwa, were arrested based on tapping phone conversations in which “they planned” to misinform President Muhammadu Buhari and the public, and frame the DSS acting boss Lawal Daura as having collected N4 billion bribe from the PDP party to influence the Supreme court decisions on the Rivers and Akwa Ibom state contested elections.

The DSS in a press release by Abdullahi Garba said,

“The aim is usually to make these targets seek their attention and invariably sort out with them based on negotiated sums of money or they will threaten to ‘report the matter to the President.

“The group claimed that the DGSS collected the sum of N4 billion from the PDP Governors of Akwa Ibom, Rivers, Abia and Taraba States to influence the judgment of the Supreme Court in their favor in the recently decided electoral cases by the court. They were also to misinform the President and, in fact, the Nigerian public that the DGSS had acquired choice properties in Maitama and Asokoro areas of Abuja.

“The overall objective was to scare the DGSS and put him under pressure just for the group to extort money from him to serve their pecuniary interest.”

The DSS also while providing that it arrested two of the men on February 17th, surprisingly did not state when it arrested rtd. Colonel Hussaini Monguno of Borno.

According to family sources, rtd. Colonel Hussaini Monguno was picked up by State security agents since February 13th and has since been held awol.

Hussaini Monguno being picked up earlier and this date not being stated in the DSS case raises questions on whether he was tied to the charges labeled on the other two allegedly picked up on February 17th.

Hussaini Monguno, a well known Borno activist who was highly influential in bringing the plight of Borno people under former President Jonathan to global light, speaking regularly on the BBC and other media, was picked up right after giving a media talk with international media organisations in which he criticized the Nigerian government on its war against Boko Haram, specifically condemning the government denial of the deaths of its soldiers and claiming success when several parts of Borno were brutally attacked by insurgents.

Nigeria is known for illegal detentions of activists and a recent damning report by the AP described how suspects were picked up in the northeast and killed by State security agents and their bodies later found.

The Shia Muslims Tried To Assassinate Me – Army Chief

Nigerians have recently been facing elevated levels of government persecution. Several Nigerians who were implicated in a street protest in Zaria, which the army chief made notably outlandish claims was an attempt on his life, were killed and others detained without charge for two months. Later charges described as trumped-up were labeled on them, with a claim that they had guns that were surprisingly not available as “the guns were in Lagos.”

The government agencies have come under strong criticism for illegally detaining an increasing number of Nigerians without charge against their constitutional mind in a gestapo style.

#Nigeria running a #GestapoGovernment With the 'Schutzhaft' archetypal power to imprison without judicial proceedings! #FreeHussainiMonguno