While ignorant and devilish agents have commonly used the Islamic “Jihad” pillar to fulfill their personal and maniacal missions, typically in abject contradiction to the few conditions for real Jihad, the recent prohibition on preaching and religious behaviour bill being introduced by Kaduna state governor, Nasir el-Rufai may warrant a true Islamic Jihad.

Jihad according to Islamic rules is never to go and spread the religion. A Muslim is not allowed to go and fight and kill other people for the purpose of proselytizing. Islam prescribes freedom of worship and protects this for all faiths.

“There shall be no compulsion in religion.” (2:256).  Allah(S) said to prophet Mohammed(p): “And had your Lord willed, those on earth would have believed, all of them together. So, will you then compel people until they become believers? ” (Quran 10:99)

However one of the true few permissions for Jihad is when an oppressive ruler inhibits freedom of worship. It is under these conditions that Muslims are actually permitted and encouraged to fight that tyrant ruler so that the people under his rule can again be allowed freedom of worship in whatever faith they belong to.

The only condition set is that the non Muslim also liberated from the tyrant will pay an extra tax, Jizya to the Muslims who liberated the land. The tax is for many reasons, including the fact that the non Muslims are never called upon and required to fight in defense of the State. Only Muslims will fight and die to defend the state forthwith, and as such the tax pays for this free and important service.

Quran says in Chapter 22:40: (They are) those who have been expelled from their homes in defiance of right,- (for no cause) except that they say, “our Lord is Allah”. Did not Allah check one set of people by means of another, there would surely have been pulled down monasteries, churches, synagogues, and mosques, in which the name of Allah is commemorated in abundant measure. Allah will certainly aid those who aid his (cause);- for verily Allah is full of Strength, Exalted in Might, (able to enforce His Will).

Other permissions for Jihad include in self-defence.

Jihad cannot be indulged in on impulse by an individual and is only established by a governing body/authority. 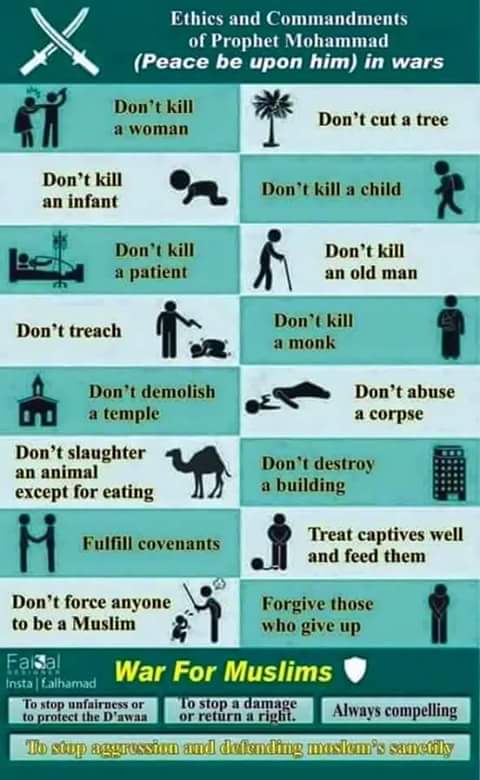