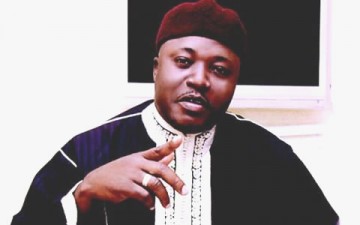 The Arewa Youth Consultative Forum has asked the Federal Government to remove the governors of the three states – Borno, Yobe and Adamawa – where a state of emergency was declared last Tuesday.

The leading organisation of northern youths stated that there was the need to remove the political structures of the affected states, since the governors, as chief security officers, had failed to bring the violence in their states under control, despite the Federal Government’s support.

The President of AYCF, Mr. Yerima Shettima, told SUNDAY PUNCH that northern youths were in support of the emergency rule, but would want the state governors removed to make the emergency rule holistic and effective.

He said, “If the Federal Government wants to deal with this issue holistically, we think the state governors and the political structures should be put aside, so that at the end of the day, we will know the people who are the sponsors of violence. To a large extent, the northern state governors are not sincere, especially the governors of those volatile areas.

“The Federal Government should have asked them to step aside since it has become clear that they are not able to secure lives and property in their states, in spite of the several hundred millions of naira they receive as security votes. It shows incompetence on their own part, because the Federal Government had given them all the support they needed and there has been no cooperation coming from their  side. They should step aside and administrators should manage the state for six months and let us see the difference. If it fails, that means there is nothing we can do; sovereign national conference would be the only option left.”

Shettima dismissed the argument that political consideration would have led to the decision to leave the political structures of the states intact, despite the emergency rule.

He said, “This whole issue is beyond politics. Lives are involved here. It does not matter which party is  in charge of the states, what matters is that innocent people are dying every day, especially in Borno and Yobe states and something must be done to stop this trend.”

Related: NewsRescue–Fulani Forum to Northern Elders Forum: You Do Not Represent The Good People of North Nigeria

The group also asked the Federal Government to instruct the army to ensure that innocent citizens were neither killed nor molested during the emergency rule.

“We expect that there should be rules of engagement that will ensure that innocent people do not suffer unnecessarily. The soldiers and policemen that are currently in those states should be trained to fish out the perpetrators of the violence. This shouldn’t be an opportunity for miscreants within the Nigerian Armed Forces to victimise people,” he said.