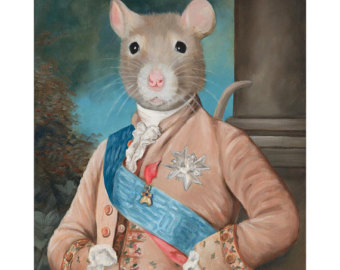 By Margi Murphy
TINY human brains injected into rats have sparked a major ethical debate among scientists worried it may give the rodents some type of human consciousness.

Esteemed science ethicists claim the experiments might reach a point where the test lab rats will be “entitled to some kind of respect”.

Advances in science have allowed experts to connect tiny human brains with that of a rat.

To do this, they created clumps of cells that behave similarly to human brains called organoids.

Several labs have inserted those organoids into rat brains, connected them to blood vessels and successfully grown physical links.

Medical mag Stat reported that when scientists shone a light into a rat’s eye or stimulated the brain regions involved in vision, that the neurons in the implanted organoid fired up.

It said: “That suggested the human brain tissue had become functionally integrated with the rat.”

Scientists hope this will help us understand brain injuries or treat disease.
But experts warn that the more human brain we implant into rats, the more human-like they will become.

Labs are implanting around three or four organoids in rats for now, but what if they added more?

“But what if you could connect 1,000? That would be getting close to the number of cells in a mouse brain.

“At some future point, it could be that what you’ve built is entitled to some kind of respect.”

Scientists successfully hacked rat brains to control their limbs – making them run, freeze and turn around at the flick of a switch.

Experts at University at Buffalo College of Arts and Sciences in New York successfully manipulated parts of the brain that control movement like freezing and spinning around, using an invisible magnetic field.