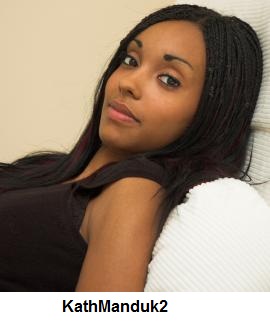 NewsRescue- I am Carol Thomas. A 31 year old, black and beautiful bank branch manager in Brooklyn, New York. I make over $60,000 a year, which is a considerable income. I own my property and drive a 2004 BMW. I have a lot I am grateful for, but I know the one thing I do not have that seems to make it all worthless- a man.

I do not have a man to call my own. The guy who I go out with right now, I know I share him. Hopefully with only one other woman, but perhaps with many more. Will he marry me? I know he won’t. I have been sharing him for 4 years now and things are getting only worse.

Now don’t get me wrong, I did not settle for this, I have been going out, I go to meet-ups, I’m on Match.com, e-Harmony, I’ve tried it all, I even not just lowered my standards, I dumped them altogether. I’m not looking for a professional man, I’m now looking for a man, any man. But I just can’t find any black brother who is serious and wants a good wife.
Perhaps as some consolation, I am not alone in this, all my friends are in their early thirties, single and either frustrated or retired to a life of solitude. Some are single and serial-single mothers and others like me, childless and never married.

There are just no eligible black straight men!
It’s a raving scarcity right now. There just aren’t any OK black males. They say 1 out of 2 will go to jail and 1 in 10 is in jail at every given point in time. I’ll take a jail bird or ex con. I’ll take any decent man, but There just ain’t any left. 1 in 5 black men, perhaps the more educated marry non black wives, this cuts down the numbers even more. A majority are enjoying the abundance of lonely black women and rather keep fooling around with temptation everywhere they look than settle down. I can’t blame them, this is human nature, and where there is so much competition they are living it out.

Cute guys are all gay or queer
And the rest men are not straight any more, they are either gay or queer in some way. Don’t get me wrong here, I am not against homosexuality, I am just strongly against the depletion of eligible black straight males, I mean how can this society, a population of almost 3 million blacks in NY thrive if there are no straight men left to marry. For the young ladies reading this, trust me, my generation is even better, when I sit in the train, almost all black kids are homosexual or queer. So if you think it’s hard for me and you laugh at me, just wait till it’s your turn.

And some of them gay dudes, matter of fact, the cutest black men are now queer or homo. You know what I am talking about. We have lost our well built, good looking black men more than any other ethnic group to homosexual lifestyle. You see that great looking black dude, the one who makes you just go ‘ooowiii!’ and he looks at you and your heart goes down again. You can’t even lust after him, ‘cuz his eyelashes are all done, his eyes are lined better than yours, his heart is dead to females.

Open the Africa flood gates
Perhaps we black American females need protest to Obama to grant more visas to African and Caribbean males wishing to migrate to the US. There is a clear and present scarcity and serious action needs be taken for the health of the society. Sharing a man is not an option, polygamy is not allowed in the United States and even if it was some of us just want our own man, or at least the chance to compete and find one. I’ll be celebrating my 32nd birthday in September. I have promised my self that if by then I have not found a man, it’s going to be outsourced. I’m heading out to Africa to find one, if you are on my boat you better come along lets go!