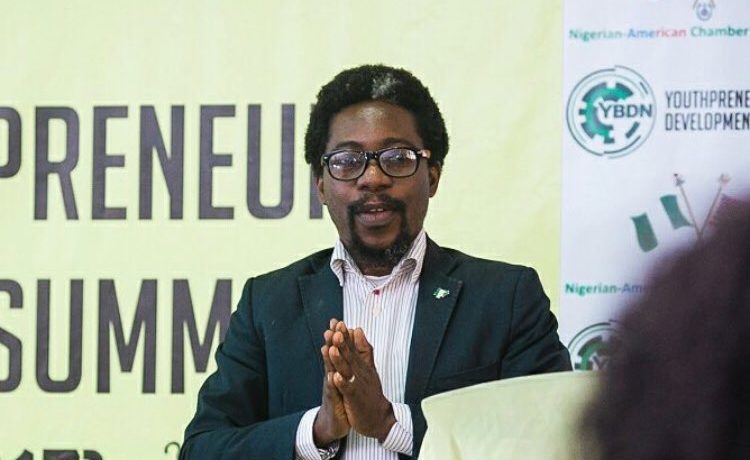 The police are investigating Segun Awosanya, one of the major voices demanding the scrapping of the notorious anti-robbery squad, SARS, known for human rights abuses and brutality against citizens, a spokesperson has said.

Mr. Awosanya, a lead campaigner in the citizen-led #EndSARS initiative, was accused of hobnobbing with politicians in some of his pictures that police have seen online.

“When you see someone like that who regularly mingles with politicians now leading a campaign to scrap a critical department in the police, then you know his activities are not genuine,” said police spokesperson, Jimoh Moshood, in a telephone exchange with PREMIUM TIMES Tuesday morning.

Mr. Moshood emailed a picture which Mr. Awosanya took with Speaker Yakubu Dogara and another one he took at a business forum as indicative of his political ties.

But he said the police was not accusing the Speaker of sponsoring Mr. Awosanya and other #EndSARS campaigners.

Mr. Awosanya told PREMIUM TIMES he took the picture with Mr. Dogara when his team submitted a petition for the scrapping of SARS to the Speaker in September.

The disclosure comes as #EndSARS campaign dominates discussion on social media for the fourth day.

Mr. Moshood said the police respect the rights of Nigerians to express themselves online or offline, but that would not stop officers from investigating mischievous elements who cloak their agenda with popular causes.

“Our investigation does not mean we’re trying to infringe on peoples’ rights, but the quarters where some of the claims are coming from and those leading them should be looked into,” Mr. Moshood said.

Allegations of extra-judicial killings, torture, wanton arrests for bribes and other menacing conducts flooded social media since Saturday, with citizens taking their rage to the Internet and demanding action.

As one of the coordinators of #EndSARS, a hashtag many Nigerians have adopted to amplify the issue, Mr. Awosanya PREMIUM TIMES the aim is to compel the National Assembly and President Muhammadu Buhari to scrap SARS.

He led a team to deliver a petition to Mr. Dogara and Senate President Bukola Saraki in September and received assurances that something would be done. An online petition for the abolition of SARS has garnered more that 25,000 signatures as at Tuesday.

Police Inspector-General, Ibrahim Idris, responded to the campaign on Tuesday with a directive that SARS should be reorganised for efficiency and accountability. But he rejected calls to scrap the embattled squad.

Amongst the new measures to be adopted is the stripping of state commissioners of the power to control SARS at state level. A new commissioner to be based at Force Headquarters, Abuja, will now control SARS throughout the country.

But Mr. Awosanya and other campainers said the intervention was insufficient, although they appreciated the efforts of Mr. Idris. They insisted that nothing short of absolute shutdown of the department would be acceptable.

Mr. Moshood said Nigerians should ignore Mr. Awosanya and others who have allegedly politicised the #EndSARS campaign.

“Nigerians should reject any dubious attempt to paint the institution of police in a bad light,” the spokesperson said.

Mr. Awosanya, however, said he would not be intimidated.

“Our campaign is for SARS to be scrapped so that the killing, maiming, beating and robbing of the citizens can stop,” Mr. Awosanya told PREMIUM TIMES by telephone Tuesday morning. “We will remain resolute in that call no matter the antics deployed by the police.”

Mr. Awosanya said he was not ashamed to pose for pictures with politicians and wondered how that should be an issue at a time of nationwide outrage over the conduct of SARS personnel.

“They’re bringing up issues of pictures which I didn’t take yesterday to divert attention from issues being raised by over 100,000 Nigerians,” Mr. Awosanya said. “The excruciating facts are out there that demonstrate how vicious and uncivilised the conduct of SARS has been over the years.”

“Nigerians have a right to decide if they want to continue to tolerate the criminalities of SARS officers into the future,” he added.

The activist said a nationwide protest to further demand an immediate ban of SARS would go on next week as planned.