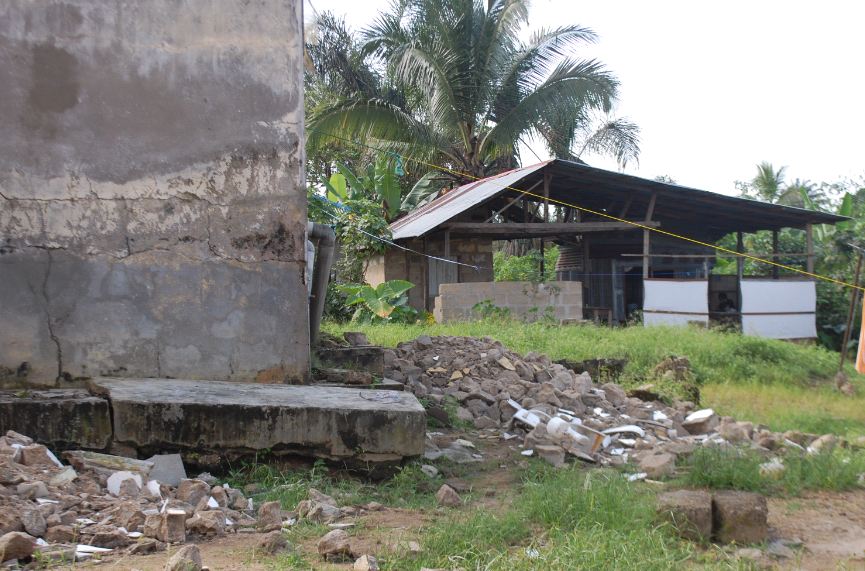 Many Nigerians have been made to believe that Akwa Ibom State has experienced responsible and transformational governance over the years. Contrary to the media hype, falsehood and propaganda peddled by officials of the erstwhile administration of Sen. Godswill Akpabio and his protege successor, Mr. Udom Emmanuel, the facts on the ground is that the state is in comatose.

To underscore the gravity of the crass failure of leadership in Akwa Ibom State, I wish to examine the pathetic case of the students of the School of Health Technology, Etinan, Akwa Ibom State. It should be stated that the precarious situation in that school is not peculiar. The State’s educational sector as a whole is in a pitiable and scandalous state.

For instance, on Monday, 16th November, 2015 students of the Akwa Ibom State University (AKSU) had embarked on a peaceful protest over increment of school fees and unfavourable managerial and governmental policies. About 279 lecturers of AKSU are being owed arrears of about 20 months salary (which I understand is being paid instalmentally) while almost all staff are generally owed October 2015 salary and other entitlements. AKSU has now been closed down. Similarly teachers in public primary schools in the state are suffering from gross neglect by the government. Primary school teachers do not get their salaries and other fringe benefits as and when due.

The state of infrastructure in the School of Health Technology, Etinan is reminiscent of a post-war society. The pictures herein were not taken during the Nigerian/Biafran civil war. The buildings shown in this publication are not being used for animal husbandry. These are pictures of an educational institution in the 21st century. The school is not situated in the poorest state in Nigeria. The school is actually located in the state that receives the highest in federal allocations in the country.

The pictures show the current state of infrastructure(s) in the School of Health Technology, Etinan, Akwa Ibom State. Among the buildings in these pictures are; canteen, library, principal’s office, pharmacy hall, medical laboratory, Environmental pavilion, etc.

From the Save Our Soul letter sent to me by Concerned Students’ of the school, the demands of the students from the management of the institution and the state government were articulated as follows:

1. To reverse the school fee to it normal price
2. Establishment of  Autonomous Students Union Government (SUG)
3. Upgrading of the school status from the level of School to College/Affiliation of the Institution to University for Degree Awarding in various disciplines.
4. Moving of the School to her Permanent Site
5. Renovation of abandoned structures in the School such as Female Hostel 1.
6. Matriculation/Induction/Convocation Ceremony
7. Provision of Students ID Card
8. School Handbook
9. Accreditation of Programmes
10. Provision of standard laboratory for practical knowledge
11. Provision of sanitary facilities in the school.
12. Provision of desks and construction of more lecture halls.
13. Provision of I.C.T. Centre
14. Stable power supply and portable water supply etc.

Please note that I have neither added nor subtracted to the above demands. For clarity and better appreciation of the criminal nature of the new fees regime, it is apposite to give some specific information and analysis of the items that sums up the new amount being demanded by the management of the school and the state government.

Before now, the real school fees (exclusive of the other charges) was N2500. It has now been increased to N10, 000 for indigenes and N20, 000 for non-indigenes. Departmental fee has been increased from N5000 to N15, 000. Hitherto students used to pay N850 for a charge termed “Other Charges” (supposedly for miscellaneous) but they are now to pay N5000. Prior to the new fees regime, students were charged N2000 for what is called “Student Industrial Work Experience Scheme” (SIWES), they are now to pay N6000. Students who paid for Student ID Card since 2013 are yet to get it till date. Others have graduated without seeing their School ID Cards.

This is a school without a clinic properly so-called. Yet, students are made to pay N5000 for “medical examination” and “clinic fees” with no results to show for it. Another offensive charge is the one termed “Logistics for Indexing”. Before now students were paying N5500 for the “logistics for indexing” but they are now to pay N8500. Please note that there is a different charge for the actual “indexing” which is different from and far higher than the amount paid for “logistics for indexing”.

The amount being paid for the actual “indexing” (which I understand is a sort of registration with a professional body) are separately charged at the departmental level. Students in the Medical Laboratory Department pay N 26, 000; Community Health Department N14, 500; Environmental Health Department – National Diploma programme N24, 000, Technicians N18, 500; Pharmacy Department N16, 500, and so on.

For years now, electric power generator has not been provided for the hostel occupants in the absence of public power supply. Students residing in the hostels at present have to go outside the school to fetch drinking water. The quality of the available water in the school is not good enough for human consumption. Students who graduated since 2011 have not been been given certificates.

The highest degree awarded by this institution is Higher National Diploma (HND) and it is only awarded by just one of the six departments in the school – Environmental Health Department. The HND program is not accredited by the regulatory authority and graduates of the program do not attend the National Youth Service Corp (NYSC) scheme.

How does one explain the fact that a so-called School of Health? Technology does not have a urinary?. Students and staff have to run to the nearest bush to defecate and pass urine whenever nature calls. It is that bad.

In order to ensure that the voice and aspirations of the students are not heard, the management of the school is ferociously resisting the formation of a student union government in the school. The Dean of Student Affairs, Mr. Alfred Essiet, has consistently threatened students agitating for the formation of a student union with suspension. Yet students have been asked to pay N1000 “union fees” into the School’s Account. Is this not clear fraud?

Recently the students embarked on a peaceful protest to ventilate their grievances but were completely ignored by both the management of the school and the state government. Most of the students then resolved not to pay the new fees. This has resulted in a standoff. The Principal of the school, Mrs. Eme Imeh, has chosen to escalate the crisis in the school by misrepresenting the agitation of the students and labelling their leaders as “criminals”.

Instead of attending to the legitimate demands of the poor students, the Akwa Ibom State Government acting through the State Commissioner for Health, Dr. Dominic Ukpong, have resorted to crude intimidation and harassment of the students who are spearheading the agitation.

On Wednesday, 18th November, 2015 five students who have been at the vanguard of the struggle to liberate the institution from the clutches of oppression, neglect, corruption and extortion were invited for a discussion with the State Commissioner for Health. Rather than engage the students in sincere dialogue, Dr. Ukpong invited the police into the matter. The students were confined to a room at the State Ministry of Health for several hours against their will.

Interestingly, the Police Public Relations Officer, Akwa Ibom State Police Command, ASP Cordelia Nwawe, denied knowledge of the involvement of the police in the matter. When I probed further on the possibility of policemen embarking on such assignment without due authorisation, she declined comment since according to her the identity of the policemen had not been established. The students were eventually asked to sign an “undertaking” but they refused as advised.

There are strong indications that the five students and others may be expelled from the school. The Commissioner had actually announced their expulsion at his office. This is simply a classic case of criminalisation of student unionism.

It is apparent from the foregoing that the state government in connivance with the management of the school is using the School of Health Technology to defraud students who are desirous of having education and certificates to compete in the labour market. Simply put, the school is an epicentre of scam. Those at the helm of affairs in Akwa Ibom State have never hidden their incurable proclivity for arrogance and dictatorship. Their unrestrained lust for the tears of the downtrodden is ungodly, preposterous and condemnable.

Someone needs to remind those subjecting the poor students to this exploitative, inhumane and degrading treatment that seeking education is not a crime. The school should be given immediate attention. The heartless, provocative and criminal extortion of the poor students must stop now.

Inibehe Effiong is a Legal Practitioner and the Convener of the Coalition of Human Rights Defenders (COHRD).