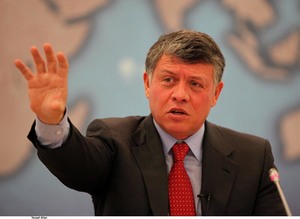 There are British Special forces deployed in Libya. It is Turkish official policy to spread radicals to Europe. Erdogan is pro radicalism. Israel works with Al Nusra ISIS affiliated terrorist organisation. The above are some of the stong allegations or revelations the King of Jordan reportedly made in a closed door session in Washington this January, according to the Guardian.

The Turkish president, Recep Tayyip Erdoğan, “believes in a radical Islamic solution to the problems in the region” and the “fact that terrorists are going to Europe is part of Turkish policy, and Turkey keeps getting a slap on the hand, but they get off the hook”.

• Intelligence agencies want to keep terrorist websites “open so they can use them to track extremists” and Google had told the Jordanian monarch “they have 500 people working on this”.

• Israel “looks the other way” at the al-Qaida affiliate Jabhat al-Nusra on its border with Syria because “they regard them as an opposition to Hezbollah”.

The king raised particular concerns over al-Shabaab, the Islamist militant group in Somalia that has links with both Isis and al-Qaida.

“Jordan is looking at al-Shabaab because no one was really looking at the issue, and we cannot separate this issue, and the need to look at all the hotspots in the map,” he said, adding: “We have a rapid deployment force that will stand with the British and Kenya and is ready to go over the border [into Somalia].”