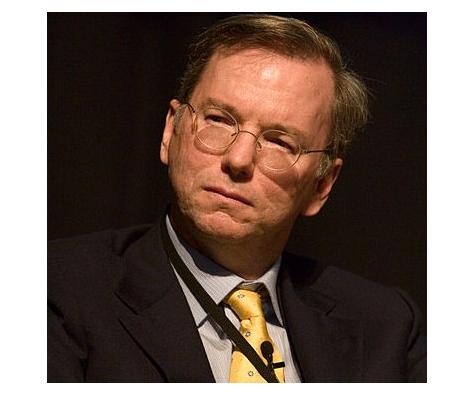 NewsRescue- Google’s Artificial Intelligence computing will be no different from human reasoning and response in 5-10 years. This means, AI devices can replace humans in all call centers, can replace lawyers, doctors, and so many other non-physical careers and aspects of these. Combined with robots, more employers will go for devices over humans. Unfortunately, many will even be better than human beings in a sense.

This must read lecture is a great read on the subject of your future career choices and the new world: “The Centers!” Get ready For a Future Without Offices- WorldWealthSociety.com

Eric Schmidt: Google AI Indistinguishable From Humans Within a Decade

Google CEO Eric Schmidt has predicted that the company will be capable of developing artificial intelligence for its programs that will be indistinguishable from a human being within 5-10 years.

During a question and answer session at Google’s Big Tent event, which took place this week at the luxury Grove Hotel in Watford, UK, Schmidt responded to the question, “How soon before Google Now passes the Turing test?”

The Turing test is a concept first introduced in 1950 by British mathematician and computer scientist Alan Turing which measures a machine’s ability to exhibit behavior equivalent to a real human being.

After mentioning how IBM’s Watson computer won Jeopardy, Schmidt responded that Google, “could do it in five to 10 years.”

The Big Tent event is the more public version of Google Zeitgeist, a private function that features a raft of influential speakers from the world of technology, business, academia and politics.

As we recently reported, Google’s primary vehicle for its artificial intelligence technology will likely be Google Now, the voice-recognizing search product which is being hyped as a tool that will eventually be able to manage almost every aspect of your life.

Eric Schmidt has never shied away from his vision, dystopic to some, of a future transhumanist world where robots will play a central role in managing human affairs.

The Google CEO has previously discussed his desire to swallow nano-bots every morning that would regulate the functioning of his body, as well as sending his robotic clone to social functions.

Top futurists like Ray Kurzweil have embraced Schmidt’s vision and took it even further – writing that within decades man will merge with machine and that by 2099 the entire planet will be run by artificially intelligent computer systems which are smarter than the entire human race combined – similar to the Skynet system fictionalized in the Terminator franchise.

Such predictions, allied with Schmidt’s drive to see them come to fruition, make it all the more ominous that Kurzweil was hired by Google last year to oversee the company’s project to “produce an artificial brain.”

In an interview with Wired, Kurzweil noted that, “A lot of (sci-fi) movies about artificial intelligence envision that AI’s will be very intelligent but missing some key emotional qualities of humans and therefore turn out to be very dangerous.”