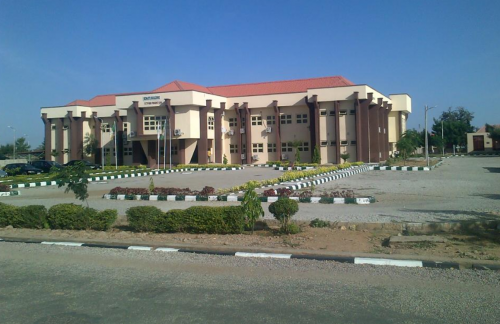 The way the Vice Chancellors were selected for the twelve new Nigerian universities that were established about six years ago was something unprecedented in the history of university administration–and it was also widely condemned. The new Vice Chancellor for one of the universities, Federal University, Dutsinma, Professor Haruna Kaita, was appointed in February 2016. The normal process for appointment of Vice Chancellors is first to advertise the vacancy. Qualified and shortlisted candidates are then screened by a Council Committee, which sends the three recommended candidates to the general council.

The Council then ratifies the committee recommendation and the list is then forwarded to the President for the appointment of one of the three. This process was not adhered to.

In the case of Federal University Dutsinma, the appointment was made straight from Abuja without due process. Commenting on the anomaly, President Muhammed Buhari, said the government would make amends, but the dubious act was never reversed.

It is a calamity that an indigene of Katsina State was made the Vice Chancellor of Federal University Dutsinma, Katsina State, unlike the remaining new universities that have non-indigenes as Vice Chancellors. Even the constitution of the governing council is skewed:

The first victim of the scheme was the university Bursar who was duly appointed by the Federal Ministry of Education. He was terminated within five weeks of the Vice Chancellor’s assumption of duty for no cogent reason. His crime, the real reason for his termination, is his religion and state of origin-as a Christian from Kogi State.

The Bursar’s name-Mr Momohjimoh Sadiq-sounds Muslim but he is a Christian. He was promptly replaced with an officer from Katsina State as Acting Bursar. The other appointees soon followed:

The Katsina mafia should have been satisfied having captured the key positions. However, they have descended heavily on the staff, intent on sending away the infidels (non-indigenes and Christians) in order to ‘sanitise’ the school. I understand this agenda is not just the Vice Chancellor’s baby project. Some powerful people in Katsina, the Ahmadu Bello University in Zaria, and in Abuja are behind him insisting that the ethno-religious cleansing is a task that must be urgently done.

Some months ago the Vice Chancellor, in agreement with the inner caucus members of governing council of the university, set up the Staff Audit Committee to conclude the ethno-religious cleansing. The membership of the committee is suspect:

The chairman of the committee is a card-carrying member of All Progressive Congress (APC) who has lost the ability to objectively reflect on the events in the University. He is out to carry out the agenda of flushing out qualified lecturers that the former Vice Chancellor, Professor James Ayatse, who had successfully served as Vice Chancellor of Federal University of Agriculture, painstakingly employed.

A tribalist, Idris Ahmed who retired as a Registrar from ABU Zaria was co-opted to advise the committee on how to go about its assignment. He was used as a tool for northernisation of ABU, Zaria when he served as Registrar. Even before the committee completed its assignment, heads began to roll. Technicians, middle level officers have been sent packing.  All of them are non-indigene Christians. All these are happening against the background that the new University is understaffed and may not meet the soon-to-be-conducted accreditation requirements.

Those whose appointments have been terminated so far include:

6.     Dr Q. Amua -he was sponsored by the UK for bench work while doing his PhD in Nigeria. Recently defended PhD

7.     Mr A. Zack -He has not defended PhD 6 & 7 Tetfund grant to travel but money was not released on time. So they borrowed money to go. They have since come back. Now money from Tetfund has come, but the VC is not refunding the money to the staff. He wants to terminate their appointments and spends the money. He gave them a letter to go to ICPC with their account details.

8.     Dr Richard -President of staff cooperative society, was asked to go to ICPC with his account details. There is no basis for this action.

Appointments of 7 contract staff (all Christian Southerners) have been terminated. Idris Ahmed, it is said, advised that the university is overstaffed and should be pruned. But how come it is non-indigene Christians that are being sent away from a federal university? Can it be true that the new university is over staffed? How come they are planning to advertise positions that are begging to be filled? Why it is that none of the indigenes are affected? Are the touchable and the untouchables not Nigerians?

Many Katsina indigenes-academic and non-academic staff are saucy, many play truancy, but they are accommodated.

The list of those to be terminated is very long, about a quarter of the staff stand to lose their jobs. The Vice Chancellor is not sending away at once in order not to attract attention. They release a couple of letters a week. By this, they stress the staff as there is fear, which is palpable because no one knows who is next. But the indigenes and Northern Muslims move about with no care in the world.

Academic Staff Union of Universities (ASUU) is not in place. By convention, the staff of new universities are not to unionise for four years after which they are allowed to join for two years as observers before full membership. Now that they are ripe to join as an observer, no one dares to make the move. Those who are being terminated are leaving without protest while ASUU is not there to protect any staff.

Typical of northern university administration, one finds the university leadership as unserious. Lectures are cancelled for the first two hours of every Thursday to allow all academic and non-academic members of staff partake in environmental sanitation. This results in loss of academic hours for an under staff institution struggling for accreditation of many courses and which harbour enough employees who are paid to clean the environment.

Something must be done to arrest the situation. Government should intervene; that is the only sincere thing to be done.