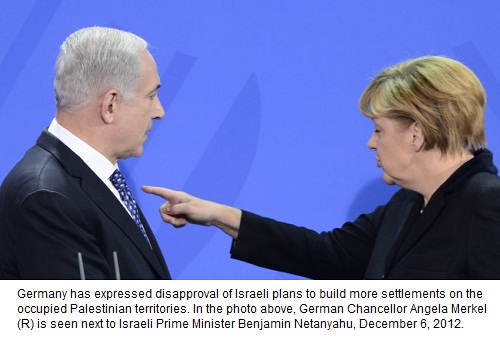 The ripple effects of the historic UN vote to begin the restoration of Palestinian statehood continue to swirl around the world.

How much of it is acting and how much sincere remains to be seen. But we must all applaud the effort and get ready to defend those that will be attacked by the Israeli lobbies when they feel it is safe to strike back.

Not all of us will go over to the offense at the same time. Not all will understand fully why the political earth is moving under their feet, but they can feel it for sure. I am a good example. I have been really focusing on how best to follow up the UN vote with some serious sanctions movement. But the light just came for me today, that the sanctions started as the UN votes were being counted.

The classic military tactic for taking a bridge is to attack both ends at once, a la the Nimegen Bridge in the great movie, The Bridge Too Far. The Likudist bridge will need a sanctions attack from the outside and Israelis on the inside taking the other end.

Israeli security can only come from the regime change for which Gush Shalom’s Uri Avnery has struggled for forty years now. We have to work together to accomplish this with minimum destruction and bloodshed. Read more… 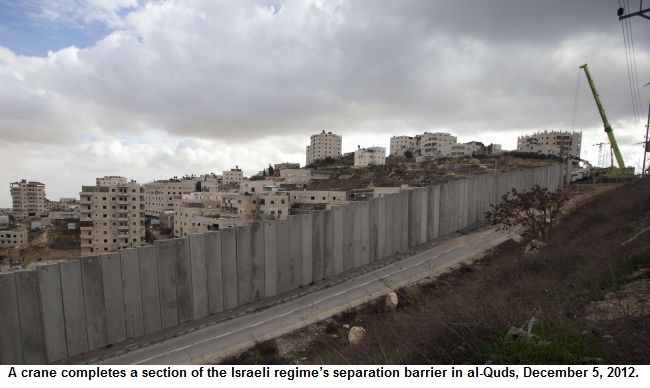 The European Union will consider passing a series of sanctions on the Israeli regime over its plan to construct thousands more illegal settler units on the occupied Palestinian land, a report says.

The Israeli daily Maariv reported on Thursday that the EU move next week would include marking and banning goods made in the illegal Israeli settlements over the so-called Green Line, which separates the occupied West bank from other Palestinian territories.

The 27-nation European body is also expected to note that its economic agreement with the Tel Aviv regime do not extend to the occupied West Bank, the Golan Heights or East al-Quds (Jerusalem).

On Wednesday, the EU summoned Israel’s ambassador after the regime gave the go-ahead to the construction plan of thousands of settler units.

On November 30, Israel approved a plan to build 3,000 more units in East al-Quds and the West Bank, including in the controversial E1 area, in response to the UN recognition of Palestine as a non-member observer state the day before.

The European Union will further censure the Israeli regime’s construction plan “with an emphasis on the intention to develop the E1 parcel.”

E1 is a sensitive zone between East al-Quds and the West Bank and its expansion has been on Israel’s agenda since the 1990s.

Israel’s new project has also triggered an expression of “grave” concern from the United Nations.

A number of European countries, including Britain, France, Sweden, Australia, Denmark and Spain, have also summoned the Israeli ambassadors to their capitals.