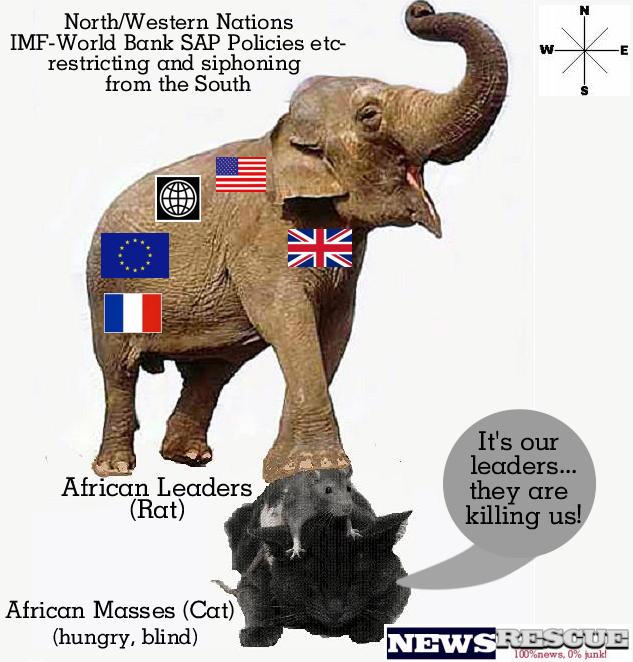 According to the BBC, the European Union will give Nigeria the sum of 1 billion US dollars as a ‘peace and anti corruption’ initiative and trade and resource deal. Story(BBC) This not surprising at a time of increasing battle with the Russians and Chinese for increased influence and control of Africa’s resource.

But in other news, two days ago, Nigeria rejected signing a new trade cooperation deal with the EU. Is this grant, glaring bribe to make Nigeria budge and once again sell its soul to the imperial western powers?

AFP- ABUJA — Nigeria, sub-Saharan Africa’s second largest economy, will not sign free trade deals with the European Union until it is sure it can comfortably compete, a minister said on Wednesday.

“Nigeria has not signed the EPA,” Commerce and Industry Minister Achike Udenwa told AFP adding that “there are still negotiations going on”.

Economic Partnership Agreements (EPAs) are pacts that would require African and Caribbean nations to gradually open their markets to European goods in exchange for open access to European markets.

They are meant to replace trade deals that have previously given European countries preferential market access to former colonies.

“We have to make sure our own industrial infrastructure is up to date, that it can support competition so that our products can compete with those of the developing world.

“We cannot open up our markets when our own industries are disadvantaged,” he said.

Nigeria’s manufacturing sector is buckling under the stress of severe shortages of power and other poor infrastructure.

Because of a lack of electricity, diesel generator-powered plants have become so expensive that many companies opt to import finished goods rather than produce themselves if they are to make decent profits.

Government is battling to boost power output, aiming at 6,000 megawatts by next month from around 3,000 megawatts. But the amount is still inadequate given the size of the population.

Nigeria, with 140 million people, is the most populous country on the continent, making it a hugely attractive market.

“Particularly why Nigeria is bothered is because we are the largest market in west Africa and once the EPA is signed, products coming into other west African countries will also find their way into Nigeria and that will mess up our industries completely,” said Udenwa.

In the 15-member west African regional bloc, the Economic Community for West African States (ECOWAS), Ghana and Ivory Coast have so far initialled interim agreements with the EU.  source

NewsRescue- The Truth About Foreign Aid; Where It Really Goes & Not To Africa